Home » Blog » Defensive Transition: Everything You Ever Wanted to Know About

I originally started writing this blog as a summary of a FIBA Coaching Library video on Defensive Transition by Andrej Lemanis. Coach Lemanis is the Australian national team coach and the video is excellent. I have summarized his drills and teaching points in this blog but I also wanted to add more detail on the topic of transition defense, which was a request from a newsletter reader.

I know this is one of the frustrations of learning through DVDs and clinics. As a learner you are left wanting more, and not fully comprehending the concepts. Too often these DVDs and clinics provide too much fluff and not even specificity. I will do my best to fully detail Coach Lemanis’ coverage of transition defense along with my views on how you should teach transition defense.

The drill is explained and demonstrated. Coach Lemanis uses this drill to develop his transition defense concepts. 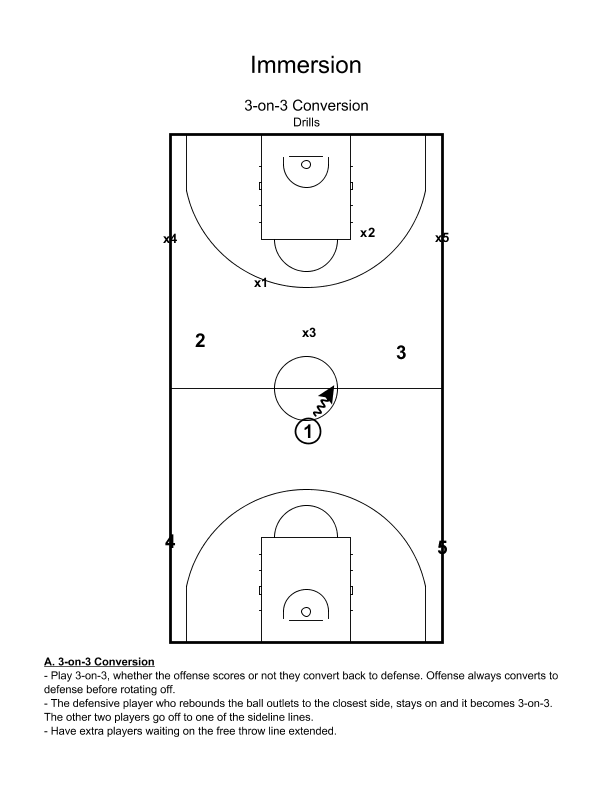 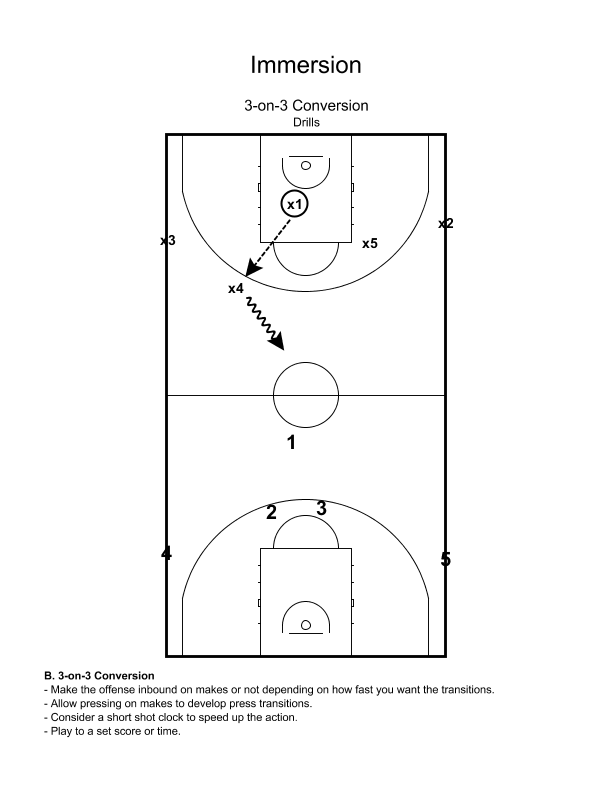 Coach Oliver Note: Teach the drill, then teach the skills. An effective way to teach is to focus on the drill first, then once the drill is understood, teach the skills. This reduces the amount of talking time a coach uses when introducing a drill. If the coach introduces a drill, and the teaching points at the same time, then too much talking is taking place. The problem with talking is that it takes away from physically practicing which is the time when players actually learn. Players improve through physical practice so we want to maximize their time on task. The explanation of the 3-on-3 Conversion drill by Coach Lemanis is an excellent demonstration of this concept (2:41)

Coach Oliver Note: Throughout the video Coach Lemanis provides an excellent example of teaching in short bursts (8:56-9:48). Players get instruction and then get to apply that instruction. He does not teach everything at one time. He focuses the learner on one thing and then has them learn it through doing it.

Coach Oliver Note: Having used 3-on-3 conversion I can attest that it is an effective small-sided game that can be used to coach basketball through a games approach. Many teachable moments come up in the flow of the play so each time you run the drill new and important teaching moments will come up. The drill keeps all players involved and is competitive. I encourage you to look at it further as a method of creating realistic advantage/disadvantage situations, as well as developing your transition defensive system.

He uses a competitive 5-on-5 situation to work on his transition defense concepts and to make the action more game-like.

This is a drill designed to work on a team’s communication and teamwork. It ties in nicely with the communication requirements of being an effective transition defensive team. The drill starts with players jogging around. A coach calls a number. Whatever number the coach calls indicates the size of the groups the team must break off and form. If a player doesn’t get in a group then they get two push-ups.

Coach Oliver’s Note: This is similar to our 5-on-0 Transition Defense Drill we use sometimes at the beginning of our practices to create communication. It is working on our communication system more than any specific technical or tactical areas. I am curious if I, or one of the readers, can come up with a way to make the Communication Warm-Up even more practical?

What and How I Teach Defensive Transition?

We have five defensive transition responsibilities for our players.

Regardless of what I teach in our transition defensive system, it never happens perfectly that way. 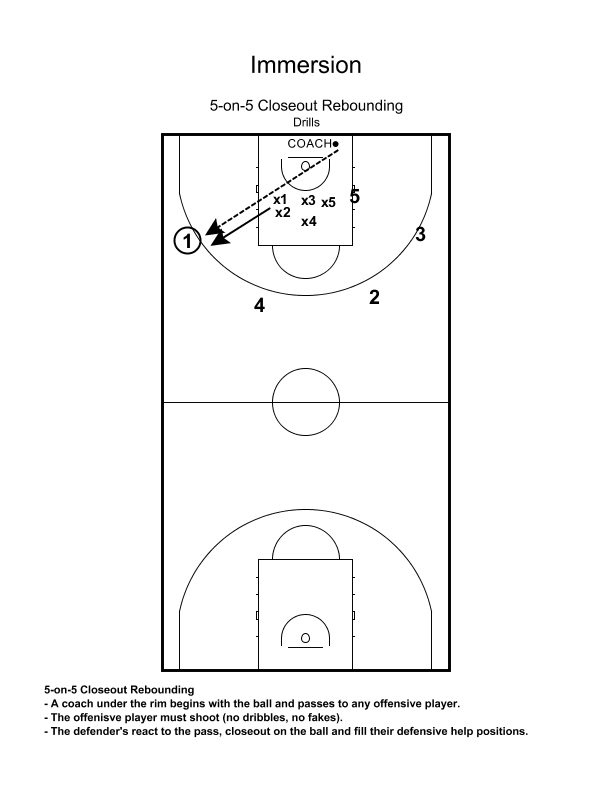 We also use a 4-0n-4 Transition Drill and the 5-0n-0 Transition Communication Drill to teach our concepts. Otherwise all of our transition drills, whether they are 5-on-5 or 4-on-4, have a defensive transition component that we are constantly coaching.

One of the most effective things I have done to connect with my basketball program’s followers is to send an email newsletter. I believe you do…