Home » Blog » How to Teach the Back Pivot Basketball Scoring Move

This yin and yang are a key to understanding individual offensive and defensive decision making. An offensive player who understands how to create space will create, and convert a higher percentage of scoring opportunities. Learn more about offensive advantage here: How to Teach Players to Read Advantage and Disadvantage

The rise of the back pivots importance to players of all levels is proportional to the improvement of team and individual defense. It is hard to score against good defense, but the back pivot can give an advantage to the offense at the rim.

Another important reason to teach the back pivot, especially to youth basketball players, is that it is a direct application of basketball footwork. It is a more “exciting” way to work on footwork. Important aspects of footwork are applied in the back pivot. These include running and stopping, dribbling and stopping, balancing, staying low in a ready position, maintaining a wide base, incorporating front and reverse pivots, movements into space, and creating a shoulder to chest advantage.

What is the Back Pivot

There are other names for this move. We have called it a “Nash” in the past after Steve Nash, who I first learned it from. The back pivot is by definition a front pivot on the back foot. A front pivot is when a player leads with their nose, instead of their butt like would happen with a back pivot. The move is applied from a shoulder to chest position with a defender or the basket. This means that the offensive player stops with their shoulder facing the rim rather than being square, or chest to chest with the basket. 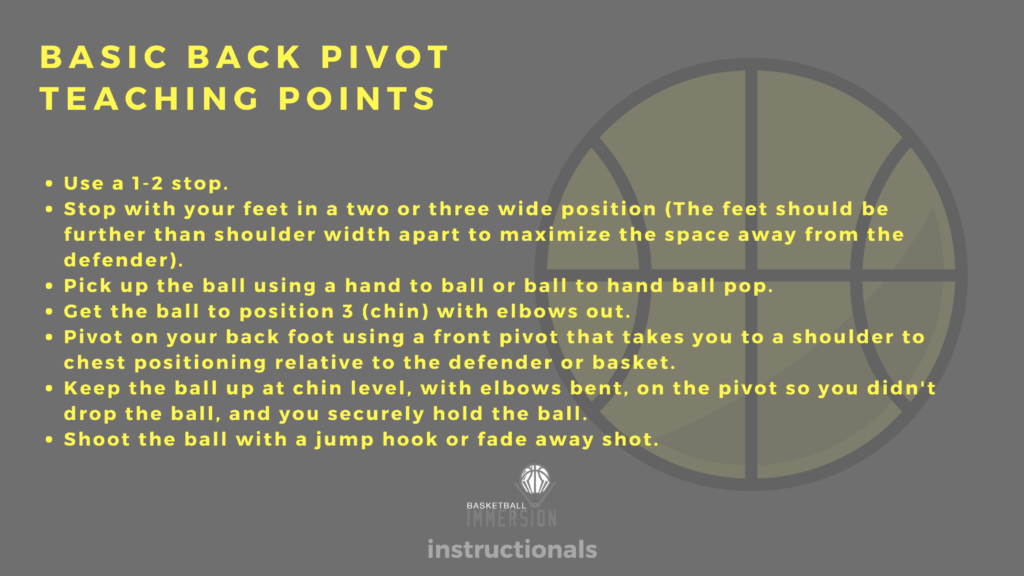 Uses of the Back Pivot

When to Use a Back Pivot

The back pivot is best applied within the scoring area near the rim. You can define this however you want, but we generally say it is with at least one foot in the key. It can be used when the defender covering the ball cuts off the path to the basket. It can also be used the a help side defender rotates to cut off the offensive player’s path to the basket.

What is the Decision Cue to Apply the Back Pivot

Reading advantage and disadvantage comes back to understanding whether an offensive player has space or not. As discussed in a previous blog one of the decision cues for a player is to read whether they have a shoulder to chest or chest to chest relationship to the defender.

A counter is a secondary move applied to an offensive move to counter a defensive coverage.

It is important to note that most of the time, and especially with younger players, the counters should not be taught immediately. Too often players fall in love with the counters when the initial back pivot shot is open.

For more information on the Back Pivot, become a member of Basketball Immersion. The membership section provides video learning about how we teach each Back Pivot move, a blueprint for teaching the complete series, and the one-on-one drills, and small-sided games we use to apply the Back Pivot to game situations. Join Today! 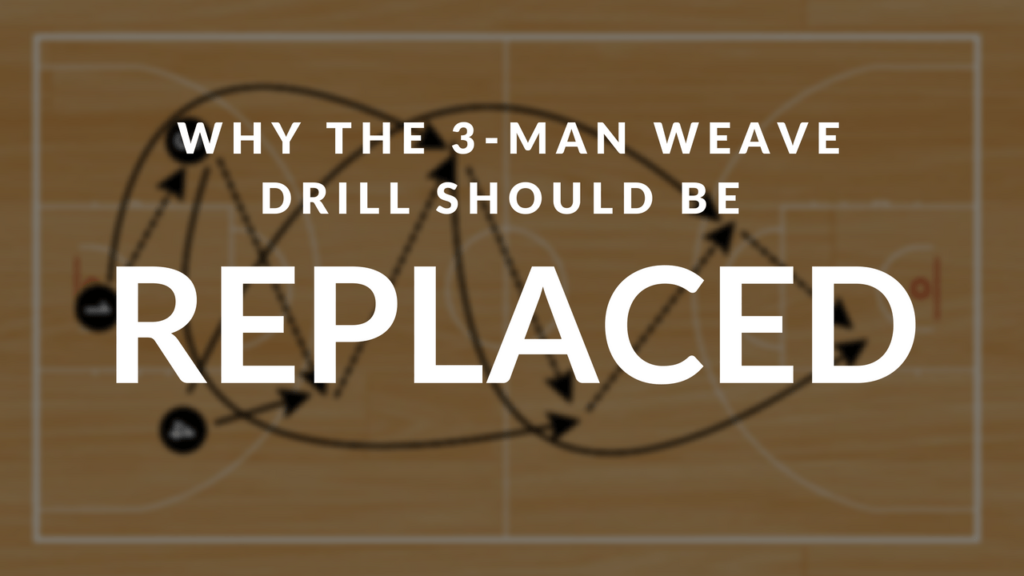