Prohm’s success with point guards is well known as he has helped develop a number of NBA point guards include Monte Morris, Cameron Payne and Isaiah Canaan. With a career head coaching record of 201-124, Prohm has won 61 percent of his games in 10 seasons with the Racers and Cyclones.

In 2022 Steve Prohm returned as Murray State head coach. After his first stint as head coach at — in which he went 104-29 — Prohm left for Iowa State, where he served as head coach from 2015-2021, winning the Big 12 tournament twice and making three NCAA Tournament appearances. Prohm coached six players who won seven Big-12 All-Conference honors including Georges Niang and Monte’ Morris.

Prohm’s Murray State teams previously won two Ohio Valley Conference regular-season titles (2012 and 2015) and a game in the 2012 NCAA Tournament. The 2014-15 squad advanced to the quarterfinals of the NIT. Prohm’s more than decade-long experience (2005-15) building the Murray State program – as both an assistant and head coach – coupled with his recent success at Iowa State, have equipped him to lead the Racers as they begin a new era in the Missouri Valley Conference, beginning in the 2022-23 season.

Among a select group of former Murray State coaches, who understand the history and tradition of the program, Prohm helped build the Racers as an assistant to Coach Billy Kennedy (2005-11) and as head coach (2011-15). Prohm’s commitment to excellence established him as the program’s all-time leader in winning percentage (.781) and the quickest to 100 career wins.

Prohm’s run of 104-29 in four seasons included the Racers winning two Ohio Valley Conference regular season titles in 2012 and 2015 and a game in the 2012 NCAA Tournament. His 2011-12 team established the Racers as the final undefeated team in the nation at 23-0 with a top-10 national ranking. His 2014-15 team went undefeated in the OVC play, won a conference record 25 consecutive games, and advanced to the quarterfinals of the NIT. Prohm was voted twice OVC Coach of the Year and was named Basketball Times National Coach of the Year in 2012. NBA draft selections, Isaiah Canaan and Cameron Payne combined to win three OVC Player of the Year awards between 2012-15 and each earned All-America honors. During his 10 seasons at Murray State, Prohm coached nine players who combined to win 17 All-OVC awards. 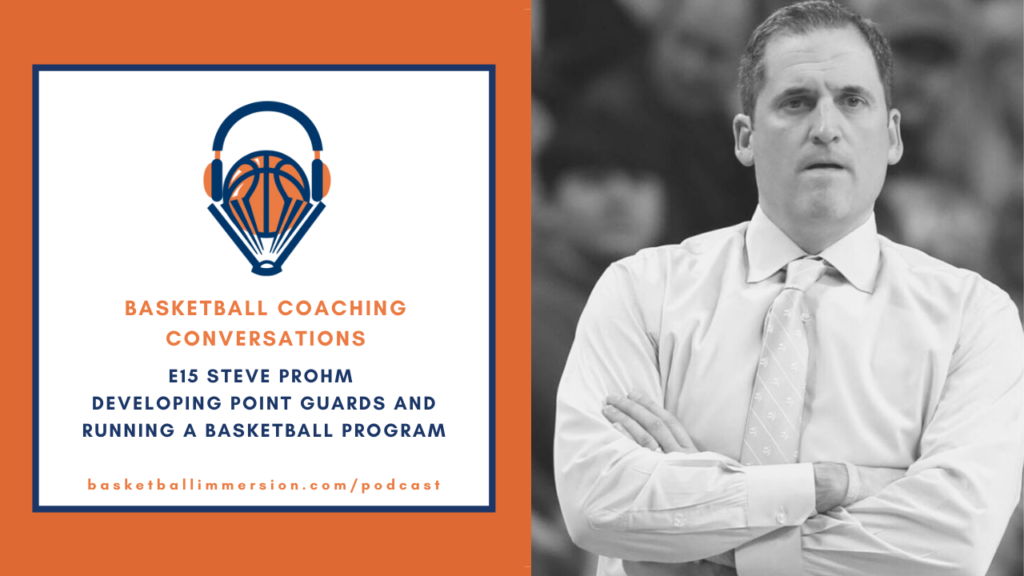 “As an assistant when I first got in, I got two really good pieces of advice: Make yourself invaluable to the person you work for and then learn every phase of that program so that you can coach at any level.”

“I think the biggest thing is giving guys freedom so that they can build great confidence in their game — [to have] freedom in transition, to make decisions . . “

“You’ve got to be able to give freedom to your players to lead one another . . because player-led teams are a lot stronger than coach-led teams.”

“My biggest thing is . . if we’re going to turn down really good, wide open threes, what shot are we trying to get?”

“My sell to all guards is: when the ball is in your hand, you are our point guard. You have to make decisions.”

“Guys have to know they have to sell out to running the wing to be able to space the floor and open it up and create offense for others. “

“If you kick the ball up and you get guys in rotation right away and now we’re driving bad closeouts . . that enables us to get paint touches.”

“Sometimes we put in too many sets . . take the top three scorers . . what are the best two or three actions that we really want to emphasize for those guys? But the majority of our offense . . comes through pace, through transition, through ball movement.”

“I want these guys playing more out of concepts than they are out of plays.”