Don Showalter is a 10-time USA Basketball gold medalist head coach while serving as head coach of USA men’s U16 and U17 national teams from 2009-2018. In May 2016, he was hired as a coach director, USA Basketball youth and sport development division.

A high school coach for 42 years, Showalter’s 2018 USA Basketball Developmental Coach of the Year recognition was his 10th-straight such honor. He owns a perfect 62-0 record at the helm of USA Basketball U16 and U17 teams since the inaugural U16 competition in 2009. 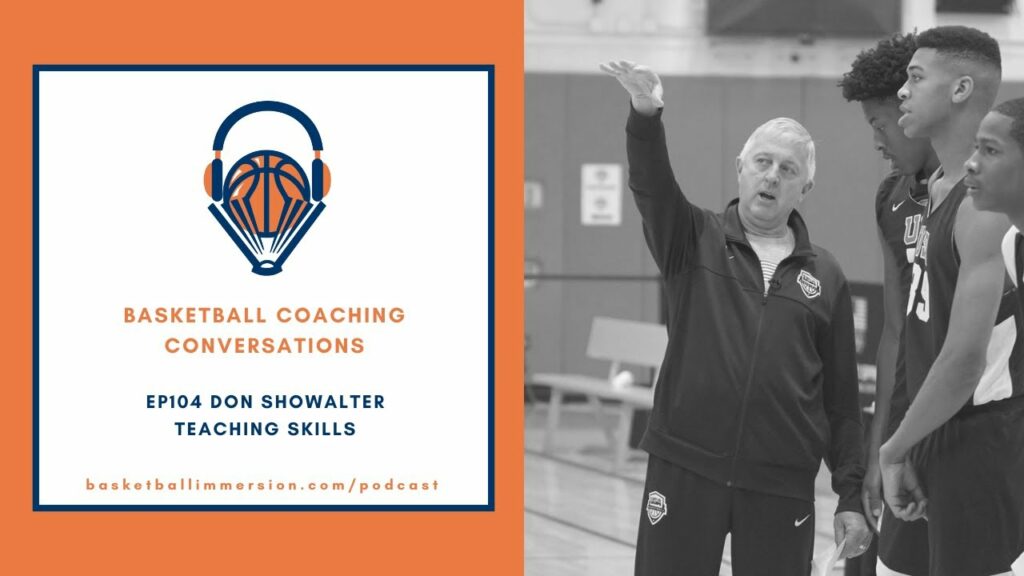 “Sometimes we as coaches depend on the timeout way too much and don’t let . . players just play.”

“I don’t want to run specific sets, I do want to run a set they [the players] can play out of . . it really helped me as a young coach . . we would go through options out of that set . . now you’re giving your players some ownership . . when you allow the players to figure it out.”

“Too many young coaches try to control what their young players do.”

“Your number one responsibility when you’re coaching youth basketball is not skill development . . it’s not anything else really other than . . allow them, give them a way to love the game.”

“The enjoyment of the game is, by far, the most crucial in having players continue to develop on their own.”

“We really push our players to a high level . . great players want to be coached . . they don’t want to be complacent in their play . . they want to be held accountable.”

“The culture we have is we are not going to allow you as a player to become complacent . .we’re going to make sure we coached each one of you to get better.”

“Pressing allows them to play hard and gives them some . . open court skills in defending.”

“As coaches we tend to spend way too much time talking in practice . . don’t teach in paragraphs, teach in sound bites.”

“If you don’t spend time developing a player’s weak hand, your offense is going to be unlike what you want it to be because it takes away from what your offense can do.”

“It’s not what you teach, it’s how you teach it. You do not get the ‘how’ by just watching a YouTube drill . . I tell coaches all the time, ‘Get out of your comfort zone and take some initiative on how you’re going to develop your coaching.’”

“I pass out a questionnaire several times during the year . . ‘Who are the three hardest workers on our team? Who would you want to take the last second shot? We’re down by two and we need a defensive stop, who are three guys you would really want to play with to have that happen?’”

“My definition of fun is really simple . . fun is doing something hard, well.”

“In order to really love the game, think about why we’re in coaching to start with . . those of us who get into coaching, somebody has made us love the game.”