Brian Dutcher, a long-time San Diego State men’s basketball assistant coach, is entering his third season as head coach after two years in which he led the Aztecs to back-to-back Mountain West title games, their conference-high 11th Mountain West title and back to the NCAA tournament for the first time since 2015.

Dutcher, who took over the helm of the program following Steve Fisher’s retirement announcement on April 11, 2017, was on The Mesa for all of Fisher’s 18 seasons. He held the title of associate head coach/head coach in waiting for six years and is the program’s 15th head coach.

Over the course of his 20 years at San Diego State, Dutcher has helped the Aztecs reach the postseason 14 times, including nine trips to the NCAA tournament, win a conference-best 11 Mountain West titles and record 14 seasons of at least 20 victories.

Dutcher arrived at San Diego State shortly after Fisher was hired on March 26, 1999. In his first year in “America’s Finest City,” the Aztecs won only five games, but improved upon their win total from the season before. After that, San Diego State posted a 14-14 record in 2000-01, before winning the 2002 MW Championship, earning an NCAA tournament bid and finishing with a 21-12 record. The 2002-03 campaign saw SDSU receive an NIT invitation, which culminated in the program’s first Division I postseason victory.

Before Dutcher arrived at San Diego State, he served as assistant coach and later associate head coach at Michigan under Fisher. He spent 10 seasons on the Wolverine staff, establishing himself as one of the nation’s top assistant coaches. His first year in Ann Arbor was 1989 and resulted in a national title for Michigan as he assisted then-interim head coach Fisher on the bench. 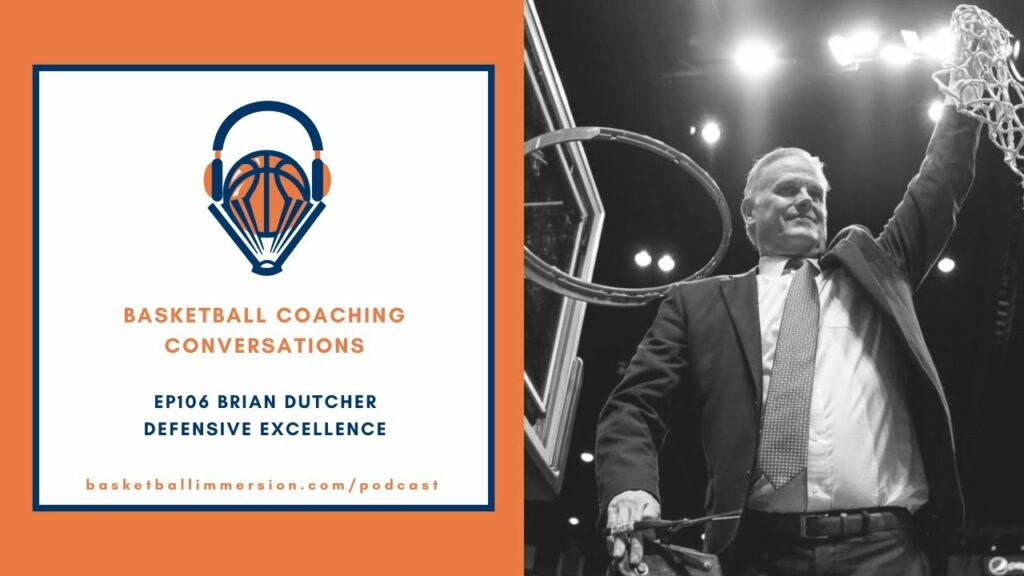 “To be a good head coach you have to be true to your personality, you can’t be someone else.”

“Defense has always been a big part of San Diego State basketball. At times, it was a necessity. We didn’t have the scorers . . so we had to defend at a high level in order to keep ourselves in games.”

“We’ve had kids that have bought into being defensive players first; they know that’s why we win.”

“Offensively, we play with great freedom. We play with freedom within framework . . We have things we try to accomplish but we like high IQ guys that can break out of that at any moment and just make plays.”

“Very rarely do we sacrifice help in order to get to a shooter . . we want to be at our help spot . . if it’s a flat drive, start moving back early; if it’s a penetrating drive and you decide to attack the ball to try to dig it out you have to get a hand on it.”

[On being an elite defensive team] “It’s not trying to do everything. It’s take one thing away. . If it’s ball reversal; if you’re playing a team that runs set plays . . you can make them catch it one step further out . . to disrupt the timing.”

“The thing that made this team great this year . . we could guard different ways within the same game.”

“We had better passers and really good shooters so we spaced the floor really well . . you don’t want anyone trying to score over two defenders.”

“We’re watching every mistake at the defensive end. Because defense is a lot more absolute.”

“Most teams will double until they start giving up open threes . . doubling the post is more scout specific . . if you don’t have a good passing big man, you have huge issues.”

“Kids have to like each other and you can’t control that as a coach all the time . . We were special this year because the kids liked each other, they loved the game of basketball; when you went in the gym, they were always in there working.”

“We’re doing a lot more individual work and shortening team practices . . rarely do we go over 90 minutes as a team. We’re building the team in that 90, but we’re building skills individually.”