In this week’s basketball coaching conversation, MHP Riesen Ludwigsburg, and Basketball Bundesliga, head coach John Patrick joins the Basketball Podcast to discuss full and half court defensive concepts. Coach Patrick is one of the few pro coaches who has used a pressing style of play in the full-court, and balances it with a more conservative half-court defense.

In January 2013, Patrick was hired as head coach by struggling MHP Riesen Ludwigsburg. Patrick guided the team to playoff berths in 2014, 2015, 2016, 2017 and 2018. In the 2017-18 season, Patrick’s Ludwigsburg team reached the semi-final stage of the Champions League, where they fell short to Monaco. He was presented with the Best Coach award for the 2017-18 Champions League season. In Bundesliga play, Patrick guided Ludwigsburg to a semifinal appearance, where his team lost to Alba Berlin in May 2018.

In 2003, Patrick was appointed head coach of BG Göttingen, a second-division team from Germany. He coached the Violets until 2005 and then spent the 2005-06 season as head coach for Toyota Alvark in Japan. After one year, he returned to Göttingen and guided the team to promotion to Germany’s top-flight Basketball Bundesliga in 2007. Counting on a fast-paced style of play, Patrick led the team to three Bundesliga playoff appearances in four years and to the 2010 EuroChallenge title, while earning Bundesliga Coach of the Year honors in 2009 and 2010.

He parted company with BG Göttingen at the conclusion of the 2010-11 season to take the reins as head coach at fellow Bundesliga team s.Oliver Würzburg. Patrick led Würzburg to the playoff semifinals in 2011-12, but parted ways with the club at the end of the season. 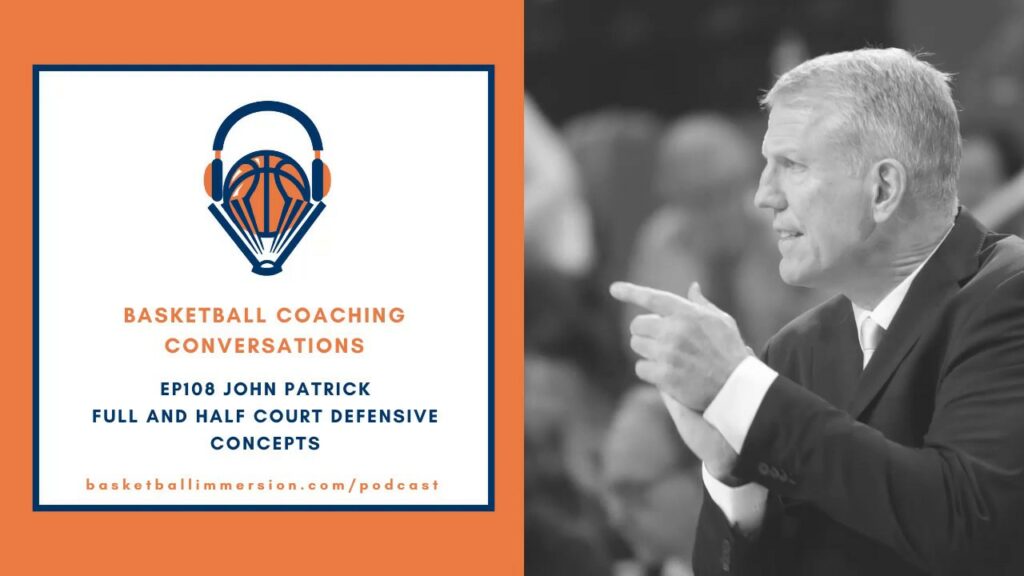 “We have to redefine and tweak [our defense] each season because we do want to make other teams uncomfortable. We do want to disrupt, but we want to be disciplined.”

“It’s not gambling. It’s a system. It’s just not a half court system, it’s a full court system . . and so we have rules . . the amount of detail and the amount of . . discipline that’s necessary to play good solid defense [means] you have to have your brain turned on the whole time and you’re going to get tired.”

“Mismatches that are going to be in our favor are . . quickness mismatches on offense and defense and that we double team and we make the court small . . our advantage is going to be our legs and our pace.”

“It’s not the high pace that can help us, it’s the high pace with discipline and with the right guys and being conservative despite playing [with] high pace.”

“With the basketball that we want to play with this up, down . . and a lot of creativity on offense but a lot of rules we’re following . . it’s going to test your character . . you’re going to be tired.”

“It looks like chaos, but it’s not chaos. It’s just a press and somebody else has to do something that they’re not good at which is bringing the ball up under pressure.”

“There’s a set of back court rules and, for me, the easiest way to do it is . . when you get in the front court, there’s a completely different set of rules.”

“You’ve got to stop a guy one-on-one . . if you’re worried about your team pick and roll rule and the guy rejects you and . . blows by you for a lay-up . . it didn’t help that you knew what the team rule was.”

“We always have multiple coverages . . against good teams . . if they know what’s coming, they’re going to pick you apart.”

“Having a strong base [defense] and having guys that are into it will allow us or allow really good defensive teams to make adjustments.”

How to Teach the Trail Trap Pressure Defense