In his first season at the helm of the Mountaineers, Kerns led App State to its best season in a decade. The Black and Gold posted its most wins (18) since 2009-10 and most Sun Belt wins (11) ever. Kern’s 18 victories in his first season at App State were the most by a first year head coach for the Mountaineers since 1942. In addition, the Black and Gold posted a +7 win turnaround, which ranked as the third highest in the nation.

Kerns came to Appalachian State from Presbyterian, where he served as head coach for two seasons. He inherited a Presbyterian program that had yet to achieve a winning record in 12 seasons at the Division I level and was coming off a five-win campaign in 2016-17.

A 2002 graduate of Clemson, Kerns climbed the coaching ranks on staff with Buzz Peterson at Tennessee, Mike Young at Wofford and Kerry Keating at Santa Clara. 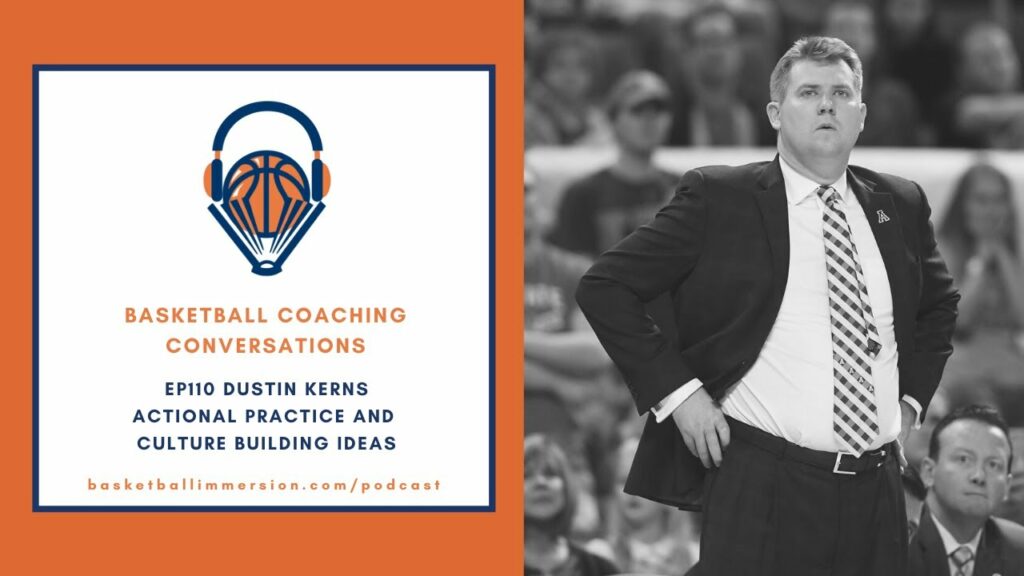 “When you are trying to flip a program, your program has to understand what loses before they know what wins.”

“I did an exercise . . I asked them [the team] ‘What does a loser act like, talk like, work like, . . in your opinion?’ . . And I wrote it up on the board . . You’re going to walk in this locker room every day and you’re going to say, ‘This is not me. This is not us.’ And I’m going to leave it up here until I feel like that’s not the case . . when I did erase it with both teams, it was a very cool kind of rite of passage.”

“I give the players credit…for really embracing the things we do and buying into what we were doing…I always tell our staff, ‘I want to lead the league in player relationships.’”

“I tell our players, ‘You’re going to make it [practice] as long as you want to make it. I’ve got certain things I want to get accomplished today, if we get them accomplished we’ll get in and get out of here.’ And I feel those are quality reps versus quantity.”

“Especially in the preseason, we switch teams every day . . I usually have an odd number of . . competitive drills . . so it’s just like a game, you either win practice or lose practice . . we run at the very end of practice . and it’s a substantial amount because I’m trying to get them to hate to lose.”

“I think you’ve go to pick and choose what you emphasize.”

“This year I had a couple film sessions where we divided the team up in three groups. We gave each group a laptop. We gave them all five clips . . they had to watch the film. No coaches were in the groups . . and then that group got in front of the team and taught the rest of the team what they saw.”

“They’re in it together . . they’re having fun, but they’re also teaching one another. And so if someone in that group doesn’t know the answer, they learn it.”

“That’s part of our game prep, about the first 8-10 minutes is just small group reminders.”

“I don’t know if other teams do it a lot but we lift a lot during the season . . we will lift at least twice a week . . I think it’s really, really helped. I think it’s been beneficial. It’s a confidence thing.”

“In the off-season . . we do all offensive skill development . . and I know our players get a lot better . . it’s small groups 45 minutes at a time.”

“Sometimes we play 5-on-5 but rarely . . It’s mostly 3-on-3, 4-on-4 with a concept. Let’s start everything with a pin down . . we’re not out there [as coaches] but I assume that they are holding each other accountable with that kind of stuff.”

“I don’t have a bunch of rules because I feel like you when you are ruled you just abide by them, you don’t believe in them. I want them to believe in them . . I shouldn’t have to have a rule for your to be honest; that’s not a rule. That should be who we are.”

New England Patriots, ‘Do Your Job’