In this week’s basketball coaching conversation, current Memphis Grizzlies assistant, and former Phoenix Suns assistant coach Darko Rajaković joins the Basketball Podcast to discuss installing an offense. Coach Rajaković shares insights on offensive identity, offensive buckets, how they teach, how they use video, and a deeper discussion of their auto offense.

Darko Rajaković is also an assistant coach for the Serbia men’s national basketball team. He was the head coach of the Tulsa 66ers of the NBA G League for two seasons and the first head coach in NBA G League history born outside of North America.

From 2004 to 2011, Rajaković served as a scouting consultant and NBA Summer League assistant coach for the San Antonio Spurs. In 2009, Rajaković become the head coach of the Espacio Torrelodones of the Spanish EBA League. Rajaković excelled in both recruiting and developing players.

In 2012, Rajaković became the head coach of the Tulsa 66ers of the NBA Development League. Rajaković led Tulsa to a combined 51-49 record over two seasons, including a 27-23 record and NBA D-League Semifinals appearance in 2012–13. During his time with the 66ers, Tulsa was assigned seven players from Oklahoma City a total of 50 times (the most in the league during that stretch), including Oklahoma City players such as Reggie Jackson, Perry Jones, Jeremy Lamb and André Roberson. Rajaković witnessed five of his Tulsa players receive call-ups to the NBA, including four to the Oklahoma City (Grant Jerrett, Daniel Orton, Mustafa Shakur and Reggie Williams). He coached 11 Tulsa players over the two years who were on an NBA roster in the 2013–14 season.

In 2014, Rajaković was named assistant coach of the Oklahoma City Thunder., where he remained until he joined Monty Williams staff as an assistant coach on the Phoenix Suns in 2019. During his time with the Thunder, Rajaković has helped develop many players, including Steven Adams, Andre Roberson, Terrance Ferguson, Victor Oladipo, Dennis Schröder, and Alex Abrines. Rajaković served as the Thunder’s head coach at NBA Summer League in 2014 and 2015. He was on the Western Conference All-Star Team coaching staff in 2014. Rajaković helped lead the Thunder to the playoffs four consecutive seasons (2016, 2017, 2018, and 2019), making it to the 2016 NBA Western Conference Finals. 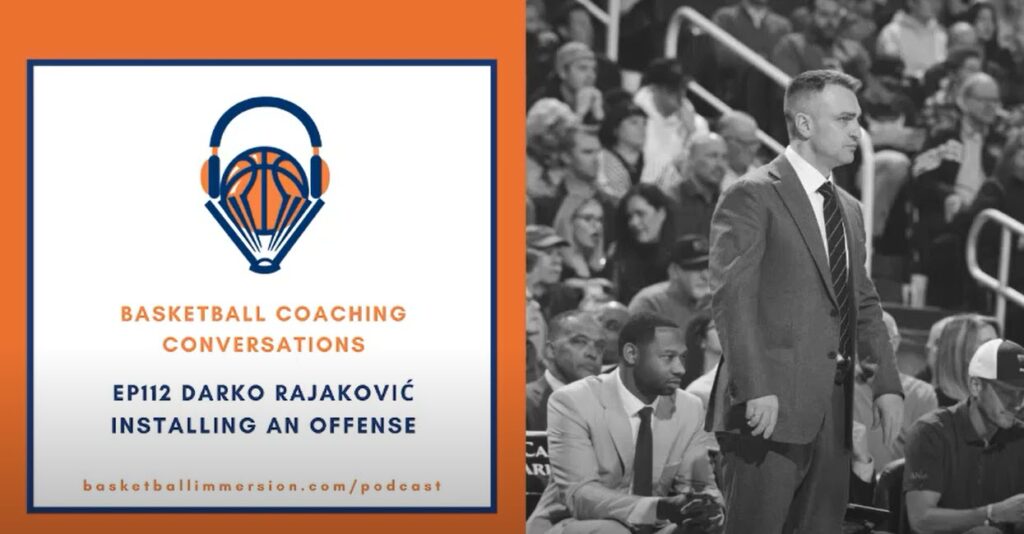 “We had long discussions over the summer. What do we want our team to look like? . . And for that we had to describe our identity, what kind of identity we wanted to create.”

“We describe our offensive identity as playing basketball with .5 which means making quick decisions . . in .5 seconds, make a shot, put the ball on the floor, drive it to make a pass . . there is no holding onto the ball . . we just want to play fast.”

“We wanted to put our guys in a situation where they’re going to have freedom to make quick decisions and to play for each other and create the best shots available.”

“We wanted our guys to play together but to play inside certain principles, rules; not sets, but rules.”

“We wanted our guys to be confident and to play together and to put guys in situations where they’re really successful . . over the course of the year we kept educating guys on the importance of playing the right way . . finding extra passes, finding open shots.”

“From our experience, players want to play inside a system where they are touching the ball, not necessarily getting shots, but they want to . . feel that they’re part of the offense.”

“If they’re constantly touching the ball, when the shot actually comes to them, they’re going to feel much more confidence shooting the ball. And we always encourage guys to shoot the ball and have a shoot-first mentality.”

“Limiting turnovers was part of the execution. When guys have good spacing . . and are playing for each other, that’s kind of going to take care of itself.”

“One very important concept is a player needs to be confident to make a mistake . . inside the framework of what you’re doing. They’ve got to be willing and vulnerable enough to try to do new things to try to improve.”

“Identity is something you always go back to. That’s your baseline and it’s your finish line. “

“One big thing for us is allowing guys to play inside those rules but also to play without thinking too much . .that’s why we divided our playbook into those offensive buckets . . there was a way we wanted to play after . . a missed shot and . . when the opposing team makes a shot . . after a free throw . . sideline out of bounds and baseline out of bounds . . special situations and end of game situations.”

“Once we are touching the paint, a lot of times we would stop at that point and [ask] are we in the right spots? Are you allowing that drive to develop? Are you in the right spot, if the defense commits, to get an open shot?”

“We never stayed longer than 10-12 minutes [watching film] . . So, for us, it was always trying to stay consistent with the message, trying not to be too emotional about it and try to focus on the most important things.”