In this week’s basketball coaching conversation, Milwaukee Bucks assistant coach Josh Longstaff joins the Basketball Podcast to discuss installing a defense. Coach Longstaff shares insights on defensive identity, defensive buckets, how they teach, how they use video, and a deeper discussion of their adjustments.

Longstaff was previously the head coach of the Erie BayHawks, and an assistant coach for the Oklahoma City Thunder and New York Knicks. Prior to joining the Oklahoma City Thunder in 2010, he spent five years as a high school coach – two seasons as the head coach at Gorham High School and three seasons as an assistant coach at his alma mater of Portland High School

He originally joined the Thunder as player personnel and video coordinator, then spent his final three seasons as video analyst and player development coach. He joined the Latvia national basketball team for the summer of 2017 so he could work with Kristaps Porziņģis during EuroBasket 2017.

In 2017, he was named the first head coach of the expansion Erie BayHawks, the Atlanta Hawks’ NBA G League affiliate. After one season and leading the team to the conference finals, he was hired as assistant coach with the Milwaukee Bucks. 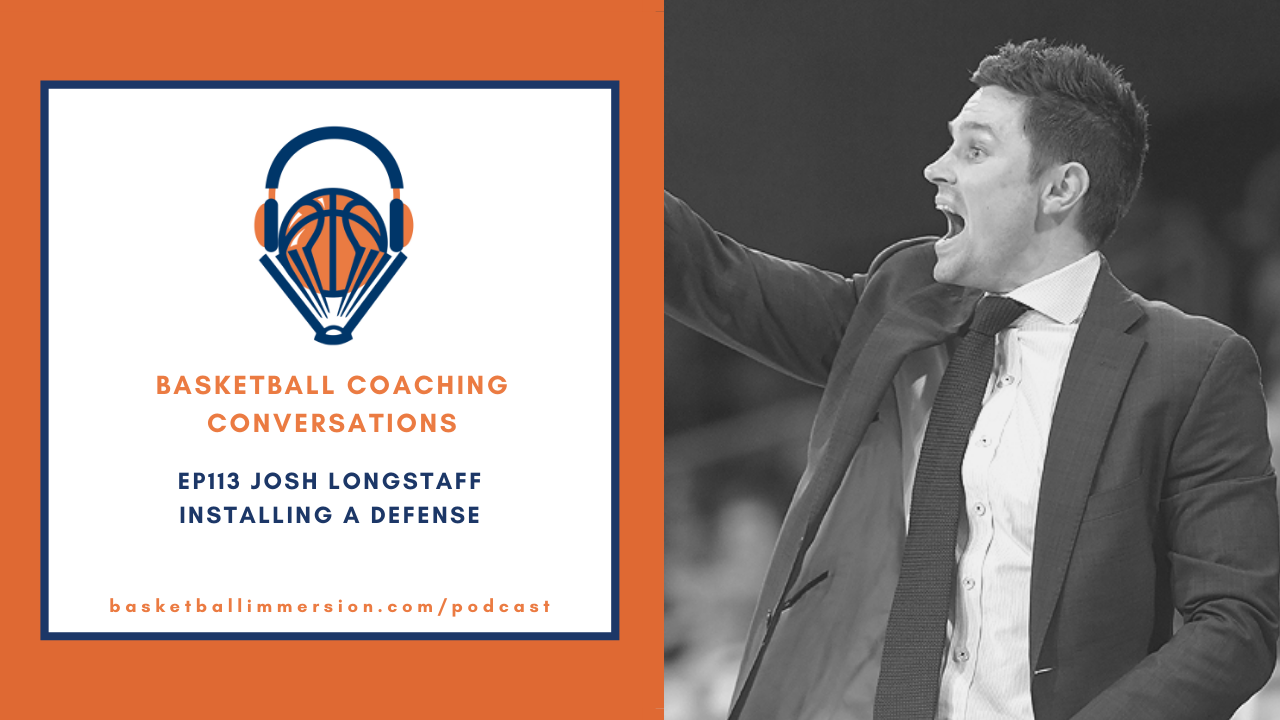 “It really starts with promoting growth for the staff [and] for the players.”

“We really promote just competing one possession at a time, making multiple efforts, not getting screened, keeping your man in front . . dominating the effort plays and just competing longer, harder, smarter for 48 minutes.”

“I think you have to set the expectation right up front, let the guys know this is who we are [and] give them a roadmap of how we’re going to defend and how we’re gong to get to being the best defensive team we possibly can.”

“Defense is the first thing we teach in training camp and then when we watch film as a team, a lot of times, it starts on the transition [on the] defensive end.”

“I think the shell defense is really important . . what it does is it gives the team a sense of trust . . they know that we’re guarding NBA players, we’re going to get beat. We want to know our teammates are there to help us.”

“You have to have a philosophy on what you’re trying to stop on each possession. How are you going to win a possession? . . not fouling in pick and roles is critical . . and then we don’t want to give up anything at the rim.”

“I think you have to have a few different adjustments [on defense] and you have to practice them.”

“The more random situations you can put them in – and it’s not always going to look pretty in practice – but . . that’s how they learn.”

“As a coach you have your philosophy, the things that you truly believe in . . and I think it’s important to stay true to who you are . . but it’s important to take a look at the roster . . I think there’s always a way to keep your core beliefs intact but develop your defensive schemes around your roster.”

“It’s all about putting the players in position to be successful . . I think that’s your number one thing you need to look at.”

“We can learn so much from the players . . because they’re actually out there feeling it and playing the game . . It’s really got to be a partnership . . we want them to take ownership of it.”

“The team film is critical . . I think that it’s important as a staff that you go into a team film with an edit that isn’t too long, it’s very specific and broken up into particular defensive sections so that the players understand what they’re getting ready to watch.”