In this week’s basketball coaching conversation, Lipscomb University head coach Lennie Acuff joins the Basketball Podcast to discuss the art of coaching, and how that art shapes his basketball and program’s philosophy. With a 30-year storied coaching career, Acuff has established himself a proven winner and one of the best teachers in the game.

In Acuff’s first season at Lipscomb University he had seven players, more than 7,700 career points and 3,000 career rebounds walk out the door prior to his arrival in 2019-20. Not only did he have to work eight first-year players into the roster, but there were only two guys on the team who had ever started a game.

But for a coach with more than 550 wins over his career, Acuff was ready for the challenge. He continued to tell anyone who would listen that 2019-20 would be a “jumping on point” for the program. Glancing back on his first D-I campaign, it sure looks like he was right. He pushed his team to its fullest potential and put the Bisons back in the ASUN Conference championship game for a third straight season.

Prior to arriving in Nashville, Acuff spent the previous 22 seasons at the helm of the University of Alabama in Huntsville, where he built the Chargers program into a national power with a 437-214 overall record. Under Acuff, UAH won eight regular season and three Gulf South Conference tournament championships and earned 11 trips to the NCAA-DII tournament, including two trips to the Elite Eight after winning the NCAA-DII South Regional in 2011 and 2012.

During that time UAH was ranked in the national polls for 44 consecutive weeks including a No. 2 ranking to end the 2011-12 season. The team’s achievements were also recognized on a national level as Acuff’s team was the first Division II program invited to play in the NIT Season Tip-Off in 2012, and the Chargers defeated North Texas in the opening round of the prestigious event.

Prior to his tenure at UAH, Acuff was head coach at Berry College in Rome, Georgia for four seasons, where he established it as one of the premier NAIA programs. At the age of 25, Acuff began his coaching career at Belhaven College in Jackson, Mississippi, and was the youngest head coach at a four-year college in the United States at the time. 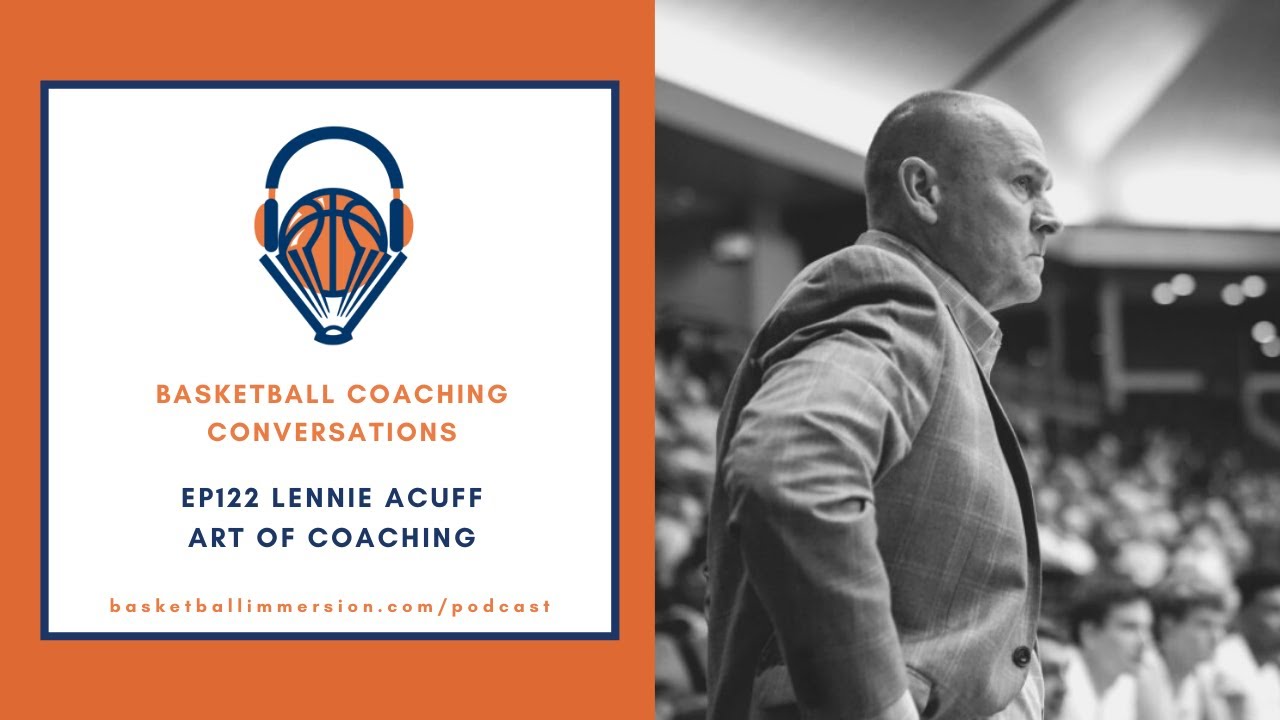 “There’s so many life lessons that go with being a part of a team and having to fight through adversity . . I just wanted to have a chance to impact people.”

“The closest thing to a shortcut in coaching is having the right mentors.”

“When you think about a mentor, it’s someone that really has your best interest at heart . . when someone talks to you they care enough about you to tell you the truth . . I think it’s really important that we’re tremendously honest and transparent.”

“There’s no better way to learn than being a head coach . . it doesn’t matter where you coach, it matters why you coach and why you do it.”

“There are three things you need to ask before you take a head coaching job. The first is can you and your family survive financially . . The second thing is can you live there . . and then . . can we have enough success for me to be able to survive, keep my job and then can I advance . . can you finish in the top four in your league.”

“I think if you’re going to have a long standing program, your mindset ought to be coach next year’s team this year . . you’re busting your tail every day to have the best team you can have but never forgetting there’s going to be a next year.”

“There are so many things I think that are part of your culture that you shouldn’t have to talk about every day . . that’s us, and this is not us.”

“When you get ball movement and player movement with some structure, I think you’re really hard to guard if it matches up with our skill set.”

“We are looking for guys that can affect the game without scoring . . how can they make the game easier for our best players? That’s what I think a role player does.”

“We’re looking for guys that cam make the game easy for the other guys and the quickest way to be able to do that is, ‘Can you make an open shot?’ . . that gives us spacing, that gives us the opportunity to drive the ball.”

“If you can make a shot and you can be a great cutter, that makes you an effective offensive player . . you have a chain and if you understand role definition and understand who you are . . you can help us.”

“I think there’s a time you have to be able to take drill work into live play.”

“In the offseason, give your guys three things that they have to do in pick-up. If you have a guy that’s a deficient defender, every time we play pick-up, you have to guard the best player every time . . if you’re a catch-and-shoot [player] . . you have to make sure that half your shots are off the dribble or off the attack.”

“We really value guys that love the game . . we say, bet on character, bet on production . . I’m always going to value production over potential. . . I do think guys with high basketball IQ will win for you.”

“The thing I am most demanding on my guys is their cutting and our pace . . our pace has to be better than the defense’s ability to keep up with it . . we want to be one pass ahead, we want to get the advantage and not give it back.”

“At the end of the day, it’s about us and our guys and our circle and making sure we have a plan. We stick to it as long as we can, but don’t be afraid to go off script because of your ego.”

“The three most dangerous words for any coach are, ‘I got this.’ I think we all have to work so hard every day just to continue to evolve.”