Phil Beckner is currently a Player Development Consultant for numerous NBA players helping them to perform at their highest level both personally and professionally. Phil also works with several high performing teams, organizations, and businesses, all to help enhance skills and maximize results. In doing so, Phil helps create a blueprint for development improving strategies to ultimately enhance leadership skills.

Prior to that, he spent 2 years at Boise State where he served as an assistant and then associate head coach. While at Boise State, Phil was part of 2 consecutive 20-win seasons, 2 NIT appearances, and was instrumental in the development of 2018 NBA first round Draft pick Chandler Hutchison (#22 Chicago Bulls).

Phil has been a collegiate coach for 10 seasons, plus one year as an assistant coach at the professional level. Before arriving at Boise State, he spent one season at Nebraska, and one season on staff with the Oklahoma City Blue, the NBA D-League affiliate of the Oklahoma City Thunder.

Prior to his stint at the professional ranks Phil was on staff at Weber State for seven seasons, where he was part of winning 3 conference championships, and playing both in the NIT and NCAA tournaments. A highly regarded player developer, he worked closely with NBA All-Star Damian Lillard during his time at Weber State. 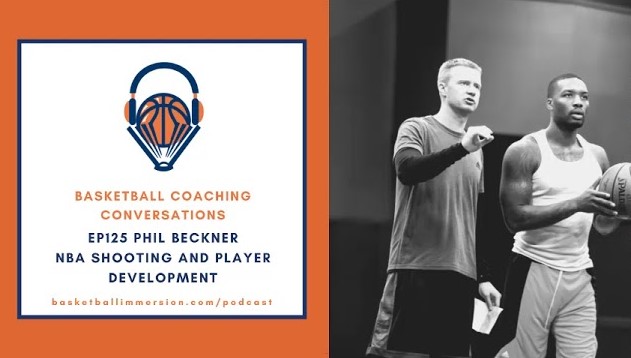 “We just want to lead these guys [players] to be the best version of themselves both on and off the court. Whenever we do that, everyone ends up being successful.”

“Some of these guys I work with call me their trainer. My background is coaching, so I’ve put in offensive systems, I’ve put in defensive systems . . you get what coverages they’re facing, what other teams are trying to get them to do.”

“What used to be normal is now the exception . . people don’t do what used to be done . . footwork, basic ball handling, pivot series, simple moves, effective moves.”

“Our way is not for everybody . . as we choose these guys [who we work with] . . they’ve got to be serious about their development and . . try to progress in an area that’s going to make them successful and it’s not just all about scoring . .”

“I study a lot of leadership and communication stuff for myself because I need to grow in these areas.”

“At the end of the day, we do a lot of stuff behind the scenes for our guys. And again, this is why we don’t work with everybody, because some people don’t want this stuff.”

“Looking in the mirror, maybe one of the biggest areas I failed in as a younger coach . . was just demanding more, criticizing too much and not catching them doing something right.”

“We’re . . trying to build upon strengths, not just improve a weakness . . we have some player development philosophies and one of them is that you’ve got to be great at what you’re good at . . we want to accelerate progress in those areas to make them elite strengths, great strengths.”

“High clarity equals high performance. If you know where you’re trying to get to, when you have to be there, how to get there, you’re probably going to get there pretty efficiently and pretty effectively.”

“I started using the word ‘intentional’ when it came to shooting . . it seems like every time I gave them one thing to do . . and we had the same cue, they accelerated their progress so much in that area that I could coach them on one or two other things and too much stuff wasn’t in their head.”

“For everyone to be on the same page with the plan to develop a player is absolutely vital to their success because it’s about them . . it’s already hard enough to be good . . it’s even harder to be great.”

“So much of what we do can truly be done at every level . . the two skill traits that hold these kids back . . that I think coaches should do more: one, weak hand development, just hard pounds, finishing around the rim with their weak hand, basic passing with their left hand . .and then footwork stuff . . rips, pivots and jabs.”

“Shooting the ball and decision making, I think those are going to be the separators in the next 5-10 years at all levels of basketball.”