Jack Owens was hired in 2018 as head coach at Miami University and began to make a positive impact immediately. In his first season, Miami won 16 games and made their first post-season appearance in nearly a decade. He has continued to build the program by having a top recruiting class in the MAC conference. Throughout the past two seasons, he has helped develop that talent into All-conference players while having success in the MAC conference.

Before Miami Owens was an assistant and an associate head coach at Purdue. He was a part of the staff for nine years from 2008 to 2017. During this time, Purdue averaged 23 wins a year and was consistently a top 25 ranked team. Coach Owens was heavily involved with the development of several NBA draft picks. Some of the most notable names Owens helped develop are Carsen Edwards, Caleb Swanigan, Aj Hammons, and Robbie Hummel.

Jack Owens also was an assistant coach at Southern Illinois for 5 years. In his time there he helped lead the team to a 25-5 record and multiple NCAA Tournament berths. Owens also coached SIU to an NCAA Sweet 16 which is the furthest in the program’s history.

Owens has an incredible track record in his young coaching career. This includes 14 postseason appearances, 11 NCAA Tournament berths, and 4 trips to the Sweet 16. Jack has proven to be successful no matter the challenge and is an emerging coach to look out for this college basketball season. 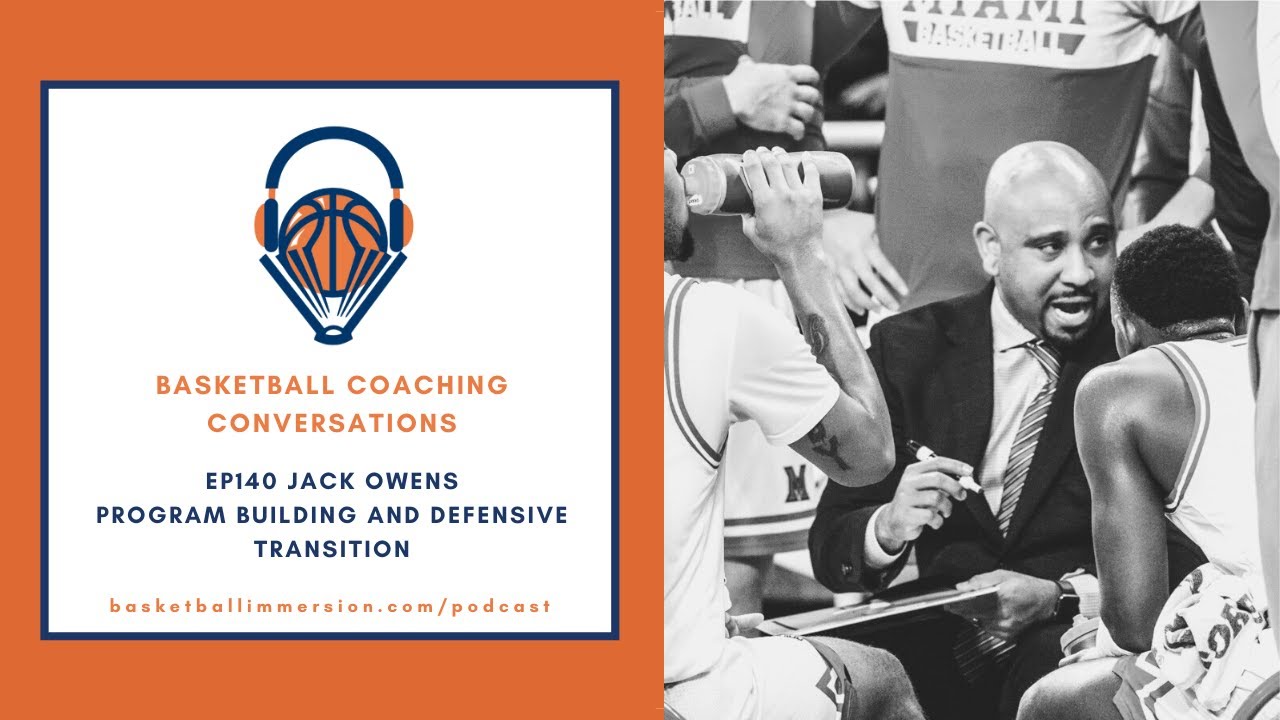 “First of all, establish a staff that you believe in and trust . . guys who are going to work hard and put the program first.”

“The personality test for us just gives us an idea of who the guys are in recruiting . . but until you get them on campus, you really don’t know . . the personality test identifies some things [about] how you can coach an individual.”

“Every coach on our staff has a voice . . we divide up guys from an academic standpoint. So each coach, assistant coach or staff member has three or four guys and they talk about the academic side of it along with the basketball development side.”

“We’re a man-to-man defensive team. We apply pressure full court . . when the shot goes up, we’re all about setting our defense and trying to keep the other team out of transition where we’re not giving up layups or open rhythm threes.”

“We want to get the ball stopped with our jammer, we want our safety to get back and the other guys are going to the offensive glass and trying to get offensive rebounds and put-backs. That’s how we start our defense.

“The first objective is to get the ball stopped . . but at the same time, if we were not able to do that, we want to have constant pressure on that ball handler who’s bringing the ball up the court.”

“We have our bigs . . they cup, they stay in line with the basketball at all times . . because we want the ball stopped and we want the opposing team to play in the half court as much as we can.”

“On the defensive side, you have to be able to take care of transition D and . . we work on it every day. It’s a very important part of the game and then ball screen D and and then after that . . the next thing is dribble containment.”

“We try to spread out with good spacing and, and play off those rules. We don’t want to handcuff the guys, we have rules on our motion and we allow the guys to play out of it.”

“You have to be able to cut and read and handle pressure. And those things are important when you run a motion offense.”

“You know you have to be able to understand your skill set and play towards your strengths and those are the things that we work on a lot from an offensive standpoint as we continue to build and work to get better on the offensive side.”