In this week’s basketball coaching conversation, North Carolina A&T head coach Will Jones joins the Basketball Podcast to discuss how to play with multiple and changing defenses.

Coach Jones is the current head coach of the men’s basketball team at North Carolina A&T. He started as an assistant with the Aggies in 2016 and was promoted to his current position in just two seasons. During that time Jones led a massive overhaul of the program’s culture and success. In 2018 N.C. A&T had one of the biggest turnarounds in NCAA history by winning 17 more games than they did in the previous season. That success has continued at A&T as the Aggies have finished top two in the MEAC conference in the last two seasons.

Before North Carolina A&T, Jones served as an assistant at several schools. He coached at Jacksonville University from 2011-14. Jones also was an assistant at Charleston Southern from 2009-11. At Charleston, Jones helped land several star recruits that led the team to numerous winning seasons. Prior to that, Jones coached at the junior college level with Northwest Florida State College and helped the team reach a 48-11 record over two seasons. Here Jones showed off his player development skills and assisted in eleven of his players moving up to the Division 1 level.

Throughout his time as an assistant Will picked up on several skills and experiences that have led to his success. At some of the smaller programs, Jones coached at he was asked to do several tasks like recruiting, marketing, advising academics, and player development. All of these tasks bolstered his resume and taught him many lessons. Jones also graduated with a degree in communication and has made that a focal point of his coaching style.

Will Jones’s journey has given him an in-depth knowledge of the college game and how to thrive in it. This season NC A&T currently is second in their conference and looks to make a run at the MEAC championship. 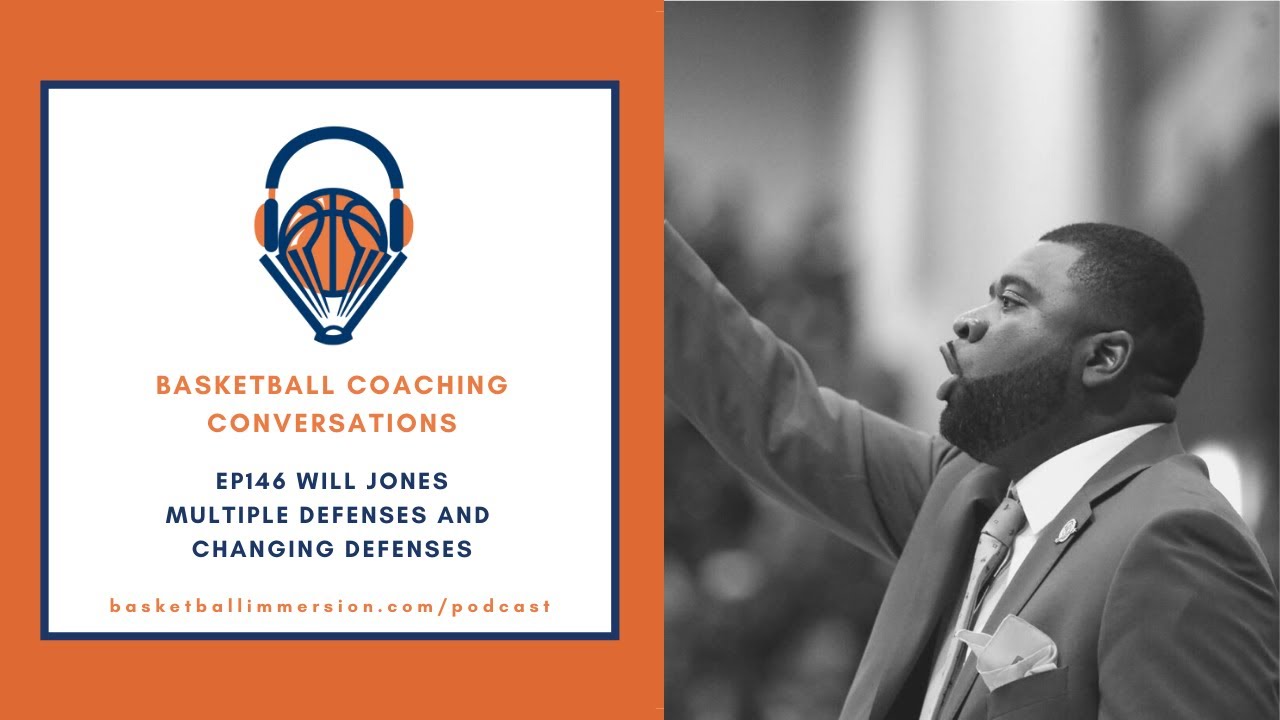 “Mixing defenses up, changing within a possession was their way of disrupting the offense. And I really dove into that and . . kind of put my brand on it. It’s been really good for us.”

“Depending on how experienced the team is, what type of point guard they have, I want to throw as many different confusing looks at that guard . . you only have a certain amount of time on the shot clock and I want to do a heck of a job of making that offense think they see something and then change it . . it’s been something that really wears on the point guard and the team during the game.”

“Teams go through routines on a day to day basis, over the course a season, and you get good at running these patterns. And so what I try to do is try to disrupt those patterns; teams don’t want to do things that they haven’t been doing.”

“You start looking at teams enough . . you start to see the same shots being made at the same spot by the same players based on that offense. So I want to try to take those types of shots away and make your team do something that they’re uncomfortable doing.”

“Knowing the offensive side of basketball, knowing rhythm, knowing the patterns that are successful . . gives you an edge in terms of what you’re trying to do defensively.  If I know the dribble-drive offense in and out, then I should know how to disrupt it and what those teams don’t like to do, what they don’t like to see.”

“Instead of just saying, ‘Help! Help! Help,’ we don’t always know where ‘help’ is . . our guys, in every drill . . talk to each other like they’re having a conversation. And that really helps us in our matchup zone.”

“The more shots that we can rebound, the faster we can go. And that really helps us extend leads, it helps us wear teams down.”

“One thing I hate is, when I play zone, is to sit back and just let good players see the entire floor. So, it doesn’t matter if it’s man-to-man or zone, we’re always going to have pressure on that basketball so that they just can’t pick us apart. I think that’s a big part of that disruption piece.”

“Obviously, teams are going to come in and run some things that we haven’t seen, but they’re going to go back to their bread and butter again . . and what we do is to try to make what works tough for that game for them.”

“Sometimes as coaches, we just like to talk, you know . .  I think you learn better when you go through it first . . and by throwing that action out there, letting the players look around . . so they start to figure, this is what we need to do.”

“We do a lot of 4-on-3, 5-on-4 scramble, we do it every day. You have to work on anticipation. You’ve got to work on bigs guarding smalls, you got to work on smalls guarding bigs . . we usually start practice every day with some type of scramble drill.”

“I think a lot of times, the better the team, the more solid you need to be. Especially if you have a good team, too. If you’ve got a good team, you probably just need to be solid, be in position and let the players decide the game.”

Will Jones Selected Links from the Podcast: