David Thorpe’s career began as a successful high school basketball coach in Florida in 1987. In 1993 he left “team coaching” by opening the first specialized player development program in the country, producing high-level major college prospects by 1994. It spawned a global business where now in every city in the basketball-playing world there are families working with private coaches, much like tennis and golf athletes have always done, in multi-million dollar facilities, gyms, and driveways. Six years later Thorpe moved from helping high school and college players to NBA players and professionals playing overseas. Coach Thorpe has helped his players earn salaries amounting to over a billion dollars in the past 19 years, and the list of players he has worked with closely have been NBA All-Stars, World Champions, European League Champions, Asian Champions (China), and Olympians representing 6 different countries. He is both a skills and life coach to many of them, as he is to some successful head coaches and executives in the NBA and Europe.

Coach David Thorpe served as a lead NBA analyst for ESPN.COM for 10 years, recently stepping way to pursue more consulting and speaking opportunities in the business and sports communities, then partnering to create TrueHoop.com with respected journalist Henry Abbott. But he still can be heard weekly on many of the top NBA podcasts and radio programs such as “The Lowe Post” (ESPN), NBA Radio on Sirius/XM,  and “The Full 48” (Bleacher Report)m along with TrueHoop’s BRING IT IN three times a week, where NBA Head Coaches/Executives and an assortment of best-selling authors and other influencers on our culture today appear. Thorpe has been listed as one of the “50 Most influential People in the NBA” and has made hundreds of appearances in the past few years on ESPN’s Sportscenter and other sports shows, while commonly being asked to comment on the NBA for The Wall St. Journal, The New York Times, and many publications, for his insights into the game and the people who run it and play it.

His experience developing players, coaches, and executives for professional basketball leagues around the world helped to create his entry into the corporate workspace, where he speaks to rooms packed with CEO’s or a company’s leadership team on subjects like modern leadership, emotional and physical fitness, and building a powerful workplace culture that fosters personal growth for everyone. Coach Thorpe published his first book, Basketball is Jazz: Stories and Lessons From a Basketball Lifer in February 2017, and is now working on a follow-up, “Parenting is Jazz”.

Thorpe just launched his first player development app, which can be found (Beta version) at TheProTrainingCenter.com. The focus is on skill and game development with an emphasis on communicating directly with players and their families to help them follow the exact same path and curriculum Thorpe’s professional clients pursue. 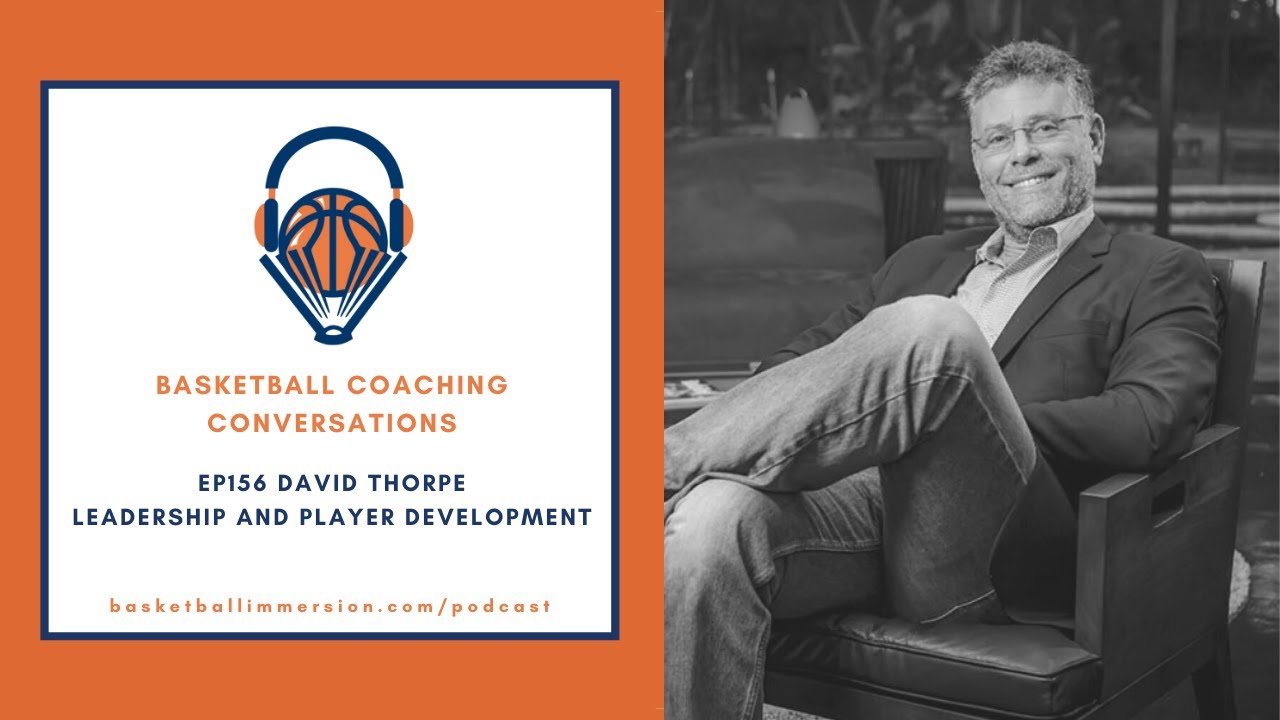 “They want to know about this player or that player . . so called high majors. I always say to them, ‘You’re going to end up recruiting one of those guys and signing him but you’ll lose to a team that’s just tougher than yours. And you’re passing up on kids that have lower ceilings and higher floors, but are just tougher and less risk.’ . . I think that we’re way behind in terms of understanding how we play jazz with five on five.

“To me it’s a process problem because you’ve wasted weeks and months going after a kid you have no chance of getting and losing lots of other guys in the process. And also we haven’t been doing a whole lot of player development.”

“The reality is people are wrong all the time. It’s hard to predict the future, I get that . . if we focus more on ‘I’m going to take you, faults and all, because of your work ethic . . Maybe you’re already a great athlete without skill; maybe you’re a great athlete with great skill but no clue how to play . . like you can subtract any of those of those assets but develop them . . If you’ve got one of three or two or three, it’s your job to do the rest and coach them up and value that.”

“I feel like the teams that have recognized the value of skill, of pure skill, and then coaching around it . . they’re getting better.”

“When you attempted to make a play with your weak hand, including a finishing play, and you missed, we applauded you. We made it a big deal, our bench had to stand up when you tried to finish with your left hand.”

“Games should be what informs the curriculum for your practice the next day, not just at the team level . . it’s not just schemes that are beating you when a team is pressing you to death, it’s your lack of skill . . or knowledge of how to play.”

“I think our job is to help players fall in love with the sport because a necessary ingredient to being good at it is to really work [at it].”

“Our job at the rec level is to cast as wide a net as possible to get kids in our gym. I try to get every one of them to love it so much they can’t wait to come back again . . I define leadership as breathing spirit to the hearts and minds of others.”

“We develop defense in our in our stuff . . We do ball handling and attacking moves with our bigs because we think it helps them play defense better against perimeter-based players.”

“Guys have to [learn how to] play the game and not just how to play solo.”

“Right now the two best guys in the league at sudden stops and sudden starts are Luka Doncic and James Harden so if it’s good enough for those guys, how are we not doing it? We really focus on sudden starts and starts almost every day  with our handle and we mix it up a lot . . how we get how we get into it, what we do with the ball through it.”

“When you get to the college level and beyond you’ve got to really start thinking about . . what can I do to make them take the shot they don’t want to take and then live with the result about how well they do.”

“You have to coach those things and you have to make them aware of it and you have to drill it . . but I think the awareness part is the bigger issue . . I think where most coaches and trainers probably fail is they don’t make the player aware of the problem.”

“We really focused on not letting [players] slip backwards too much . . there’s no such thing as mastering this . . the box is checked, I’m good with that forever. It’s not like riding a bike. It doesn’t work that way. If you don’t work on your shot for a while it’s going to get worse . . So, contrary to that . .  when they do make that big leap and also have maintained all the other things that they’ve been doing well, they’re gonna see a big jump.”