Ashley Howard has the storied La Salle University men’s basketball program on an upward trajectory heading into his third season as head coach. The Explorers put together their first winning season since the 2016-17 season, and had a number of noteworthy highlights. Getting key performances from different players each night, La Salle defeated three opponents in three days to win the Gulf Coast Showcase in Florida. Each of those three teams that the Explorers beat would go on to win at least 20 games — South Alabama (20), Murray State (23), and Wright State (25).

Over two-plus years, Howard has revamped the La Salle roster by focusing on talented student-athletes from the East Coast. Nine players hail from within a one-hour radius of La Salle’s campus, with three more calling the nation’s capital of Washington, D.C. home.

Prior to his arrival at La Salle, Ashley Howard spent five seasons as an assistant coach at Villanova, helping the Wildcats to a pair of National Championships. During his time with the Wildcats, Howard was involved in all aspects of the program including on-court teaching, player development and recruiting. He was instrumental in helping the team set a new NCAA record for the most wins in a four-year span. The Philadelphia native recruited future NBA Draft Picks Mikal Bridges (10th Overall, Phoenix Suns), Jalen Brunson (33rd Overall, Dallas Mavericks), Donte DiVincenzo (17th Overall, Milwaukee Bucks) and Omari Spellman (30th Overall, Atlanta Hawks). He was also a member of the coaching staff that developed Josh Hart into the National Player of the Year in 2016 and a first round draft pick of the Los Angeles Lakers in the 2016 NBA Draft.

Prior to Villanova, Howard accrued a decade’s worth of college coaching experience at three different stops. He began his coaching career as a student assistant coach at his alma mater, Drexel University, in 2002 after injury cut short his playing career for the Dragons. In 2004, following graduation, Howard was hired as an assistant coach at La Salle by Dr. John Giannini. He spent four years with the Explorers before returning to Drexel in 2008 as an assistant coach to James “Bruiser” Flint. He was part of a staff that led the Dragons to consecutive 20-win seasons, including a school record 29 victories in 2011-12. In 2012-13, Howard served as an assistant on Chris Mack’s staff at Xavier University before landing back in his hometown with Villanova. 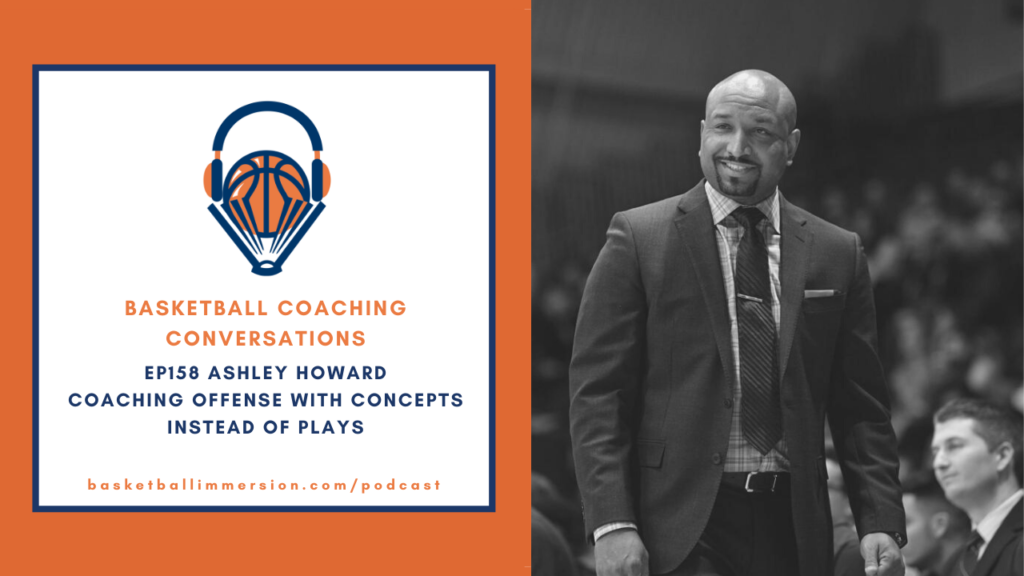 “So much of what I learned at Villanova is . . how to play out of concepts . . and put guys that are really talented players in a position to make plays, as opposed to just run plays, and play unselfishly and play off of each other.”

“The fact that I’ve had so many positive influences has given me a variety of different ways thatI can view the game and pivot and try to adjust based on our personnel.”

“We try to put our guys in positions where they can make basketball plays and make good decisions . . it’s a lot easier when you have guys that can dribble, pass and shoot at all positions . . we give our guys a lot of freedom; the one thing we want to do is we want to encourage our guys to take open shots.”

“Our first concept is catching to shoot. We always want our guys to be on the attack when they catch the ball and be a threat to shoot it and then everything goes off of that.”

“Good spacing presents opportunities to reverse the ball . . and make plays. If we have an opportunity to attack a close out, we’ll attack it. But if we don’t have that opportunity, we don’t want to be ball stoppers . . we want to keep the ball moving from one side of the floor to to the other.”

“We want to have aggressive, confident offensive players. We want to have guys that are looking to make plays . . but also are unselfish enough to understand that being aggressive to make a play doesn’t mean I have to shoot it every time. It just means that when the ball comes to me, I need to be ready to take what the defense gives me and make an aggressive play.”

“If the defense knows that you’re not trying to come off of a ball screen and get downhill to score the ball, then it’s easy for them to play in between and make a recovery . . We want our guys to come off, come downhill, try to be in attack mode, force that forward to have to guard you coming off of a ball screen.”

“Whether you jump stop and then you’re pivoting or you’re keeping your dribble alive, the guys on the perimeter have to do their job as well to get in the vision of the shooter and, if they’re if they’re overplayed, then that’s where you have opportunities to back cut to the basket.”

“One of the challenges with reversing the ball is at times, when you don’t get the full ball reversal, it’s because the player that catches the ball in the slot believes he has an advantage. Getting that full ball reversal requires guys to pass up a good shot for the best shot for our team . . it’s that willingness to make that extra pass that makes that concept so important.”

“One of the things we have to really focus on, because catch-to-shoot is our first concept . . at times, we settle for threes . .  so really emphasizing getting paint touches and using the analytics of are we getting paint touches . . Then once we get into timeouts . .  just reiterating to our guys, ‘Alright, guys, out of that four minute war, we only touched the paint twice. We’ve got to get more paint touches in this next four minute segment.’”

Ashley Howard Links from the Podcast: