In this week’s coaching conversation, University of Minnesota head coach Ben Johnson joins the podcast to discuss transitioning into a head coaching position.

Johnson helped lead Xavier to consecutive top-30 recruiting classes in 2019 and 2020 and the Musketeers posted a collective record of 51-37 in three seasons with him on the bench. In his previous stint at Minnesota, Johnson helped recruit local standouts and current members of the Los Angeles Clippers organization Daniel Oturu and Amir Coffey to the Gophers.

Prior to returning to Minnesota in 2013, he spent one season as an assistant coach under Tim Miles at the University of Nebraska. While with the Huskers, Johnson assisted in all-day-to-day basketball-related duties while also serving as recruiting coordinator. Johnson also led the development of Nebraska’s backcourt players.

Johnson spent 2008-12 as an assistant coach at Northern Iowa. The Panthers went a combined 93-77 in that timeframe, winning at least 20 games in all four years. Northern Iowa reached postseason play in all four years and advanced to the NCAA Sweet 16 in 2009-10. Prior to his stay at Northern Iowa, Johnson served as an assistant coach for two seasons at the University of Texas-Pan American. He was heavily involved in recruiting, worked with the Broncos perimeter players and coordinated UTPA’s summer camps.

Johnson’s coaching career began at the University of Dayton, where he served as a graduate assistant during the 2005-06 season. 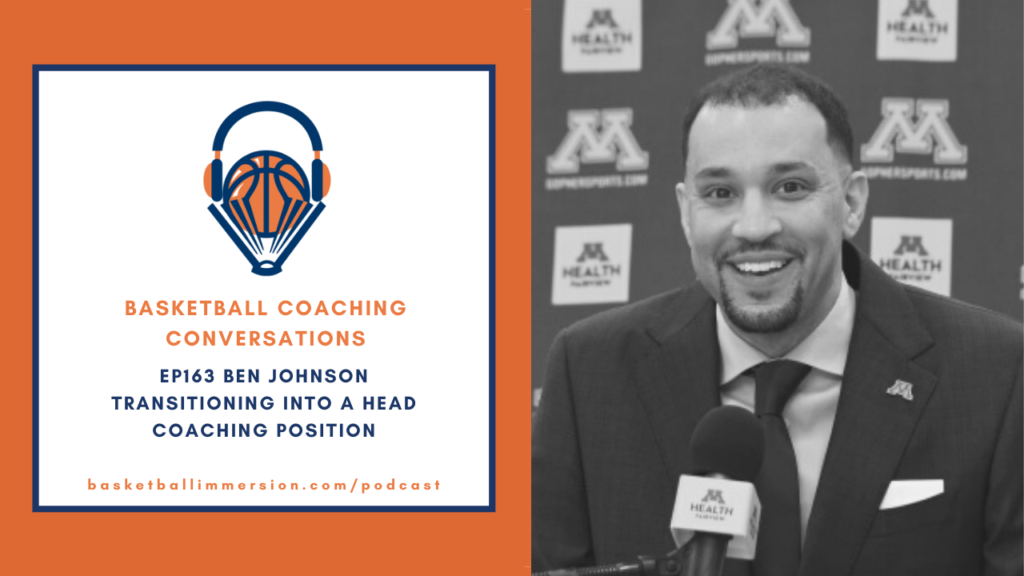 “I’m into core values, that’s really, really important to me. I think that goes back to being a former athlete and a former player . . I know the value in that locker room of when you’re true to whatever it is that your core principles are.”

“You have to make a lot of tough calls as a head coach. there’s a lot of honest conversations . . you’ve just got to hope that when you say ‘no,’ you don’t kill too many relationships or friendships and that they hopefully understand. But it’s hard, because there’s a lot of good coaches out there that can help programs.”

“I talk about . . the values and what I want our program to be about basically from a fan’s perspective. So, when a fan comes to a game, what are three things that I want them to walk away with that don’t have to do with details of X’s and O’s. It’s more of a broad scape of what Minnesota basketball needs to look like from the outside.”

“When we meet as a staff, it’s pretty clear . . here’s the type of kid we’re looking for. Here’s the type of style that I like and that I think will win here. Here are the areas geographically that I want to really at least touch base on and make sure we’re attacking.”

[On things to look for in recruiting] “Body language without a doubt. I watch that from the minute I walk in the gym. I will literally stare at a dude in layups, on the bench, and in timeouts. Just how they walk around on the court, their interaction with teammates.”

Ben Johnson Links from the Podcast: