In this week’s coaching conversation, former NBA and EuroLeague player, and current managing director of EuroLeague Players’ Association Bostjan Nachbar joins the podcast to discuss being in service of players.

Nachbar is a former NBA and Slovenian national team player who had a 20-year pro basketball career. In 2002 he was the 15th pick in the draft by the Houston Rockets. He played 6 seasons in the NBA (Rockets, Hornets, Nets) and won club Championships in Slovenia, Italy, Germany and Spain. 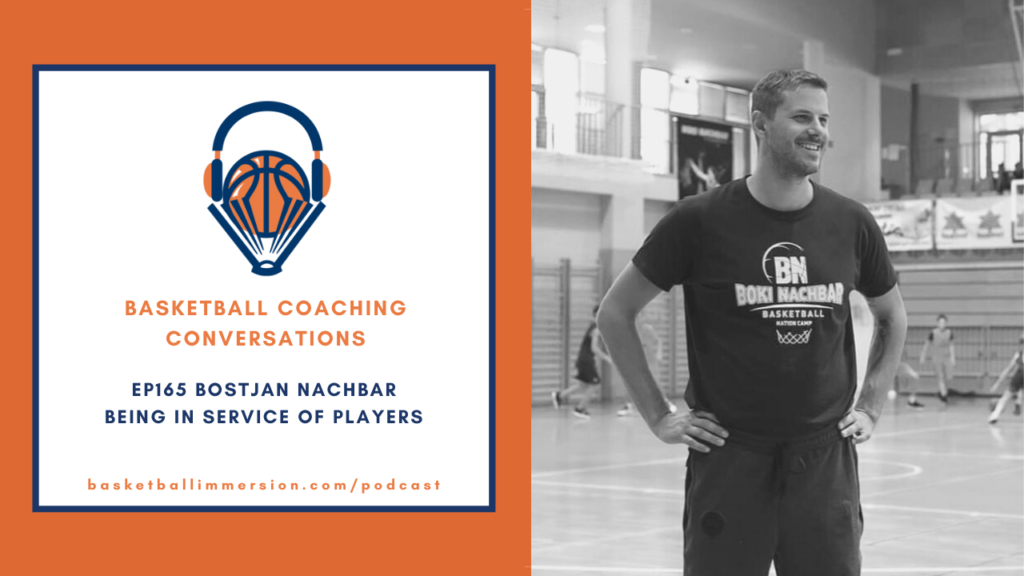 “Among the many things that we try to do for players, one of the most important ones for us is to protect players and to try to prolong their careers and enhance their careers . . and [relationships] with coaches . . and different performance specialists.”

“We need to offer players access to some of the best experts in the field of performance . . our performance advisory board consists of seven high level experts from different fields, including strength and conditioning, psychology and nutrition.”

“The Euroleague is such a high level of basketball, mostly tactically speaking. It developed so much over the last 10 to 15 years, it really became complex . . it’s usually very complex defensive schemes and a lot of offensive variations.”

“If you get an opportunity to share a locker room with a player that has seven, eight, 10 years of NBA experience, you’re going to gain by that whether you’re a coach or a player.”

“I think that the mentality is changing now . . with the understanding that recovery plays such a huge role in order to achieve [your] goals . . later in the season.”

“Load management is a tough subject. In the future, it will require much more cooperation between national leagues and the Euroleague without a doubt.”

“It was very important for the ELPA to hire a sports psychologist that’s available to work 24/7 for our members.”

“For all the coaches out there, speaking from my experience, try to keep it as fun as you can for as long as you can for a player, if he ends up being a professional and he still sees basketball as a fun thing, which hopefully he does, that’s great.”

“I think you have to provide a player with the road map on how to get from A to B, but he has to figure out the roadblocks in between the road from A to B himself.”

“You can’t just be drill, drill, drill. The player needs to be put in situations where, once he learns those skills, he has the ability to test them out to try and out. That’s why the mix of both is so important . . coaches that find the balance between drilling and then trying those drills out in 2-on-2, 3-on-3, and 5-on-5 situations are the ones that can help the players to evolve quicker.”

Bostjan Nachbar Links from the Podcast: