In this week’s coaching conversation, Maryland head coach Brenda Frese joins the Basketball Podcast to discuss relationships, switching and transition, along with many of the things that have sustained her remarkable success.

Few coaches across any sport can claim the level of consistency and standard of excellence as Brenda Frese can in her 19 years at Maryland. Two-time National Coach of the Year, Frese’s high work rate and positive attitude has resulted in 16 top-15 recruiting classes, three Final Fours, 14 conference titles and a National Championship in 2006. Frese has balanced that strong work ethic with a fun and family-friendly environment, also becoming a wife and a mother of twin boys, giving birth to them in the midst of one of the most successful seasons in the program’s history. With the birth of her twins in February of 2008, she becomes one of only six coaches to win a national championship and be a parent.

Since her first season at the helm when the team won just 10 games, Frese has guided Maryland to a National Championship in 2006, 18 winning seasons, 17-straight 20-win seasons, seven 30-win campaigns and 17 bids to the NCAA Tournament. In 2021, she signed an extension through at least the 2026-27 season. With rollover years, she can be on the Maryland sidelines through 2028. 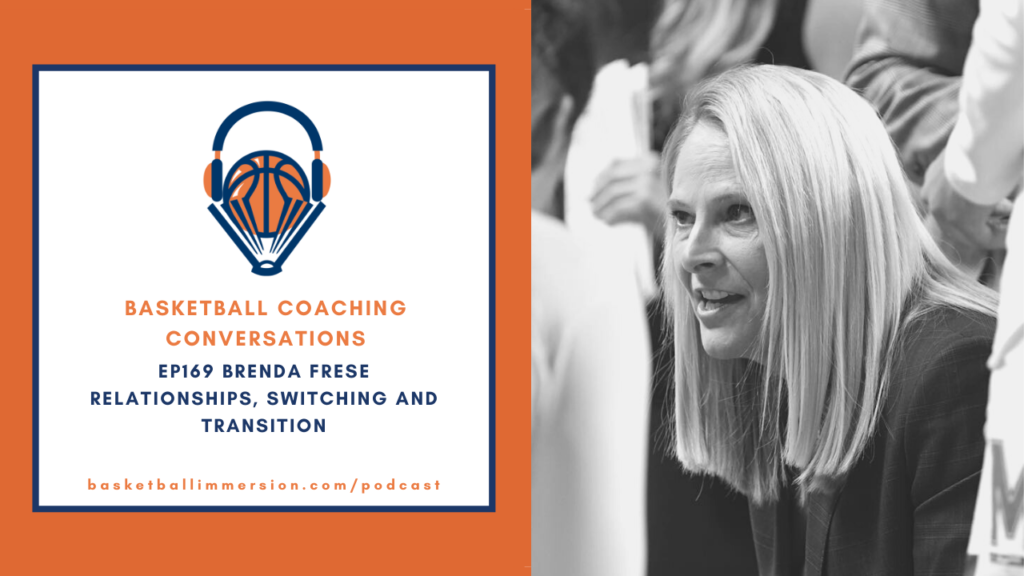 “I think it’s important to find which players like feedback that’s one-on one and very direct and . . [which] need that feedback that’s hard, or praise that everybody gets to hear . . practices are the best time where you can test that out.”

“I want to spend as much time as I can, with the experience that I’ve had, to help and guide and mentor [assistant coaches].”

[On player development] “At the end of every season, we sit down and really talk about and empower our players. . so they know in their offseason, the summer, the fall, throughout the entire year where they want to go. But, there are also times where . . we’ve built that structure into our practice to come in early to practice or stay late.”

“We spend a lot of time talking to the trainers, so that everyone’s on the same page . . ‘Here’s what we see, what do you see?’ I know everyone has different philosophies with the trainers and within their program . . if your players are in the gym wanting to get better, I don’t care where it’s at. They’re working on their game and they’re trying to improve and they’re putting in the time.”

“The biggest concern for me in that switching defense was how much you were going to give up with those mismatches. He [Chris Beard] really gave me a lot of confidence that it wasn’t as much as you would think.”

“The motion four out or five out oftentimes has a high post player that is working from the top for us . . with a three-man side and a two man side where we were able to really utilize ball screens to reverse the ball through the slot area to your two man game.”

“There’s so much more we can . . send to our players on iPads . . their [the players’] IQs are at a lot higher level than they’ve ever been.”

“Never stop learning. I constantly want to learn something new every single day. And that’s even from within our own staff. We circle back after every game and we talk about what we learned from the game, and some of it can be personal for us as coaches, ‘Did we miss a time out here? What did we miss, information wise, to be able to share the game and just to keep growing and keep getting better?’”

Brenda Frese Links from the Podcast: