In this week’s coaching conversation, Furman head coach Bob Richey joins the Basketball Podcast to discuss basketball as a game of connection and ideas on building a program.

During his time at the helm of the Paladin program, Richey has guided the Paladins to a 73-26 overall record and 41-13 mark in Southern Conference play. The Paladins have posted back-to-back 25-win seasons and claimed four straight 20-win seasons for the first time in school history. His .737 winning percentage ranks ninth among active Division I head coaches.

Richey guided the Paladins to a 25-7 overall record and 15-3 Southern Conference mark in 2019-20 as the Paladins posted a school-record for victories for a second consecutive season. Furman finished the season at No. 74 in the NCAA Evaluation Tool (NET) Rankings and No. 81 in the Pomeroy Ratings. Jordan Lyons, a College Insider Mid-Major All-American, earned first team All-SoCon honors while Clay Mounce and Noah Gurley received third team all-league accolades. Lyons finished his Furman career as the winningest player in school history with 96 victories.

Under his leadership, the 2018-19 Paladins reached new heights with a school-record 25 wins, including victories over defending national champion and eighth-ranked Villanova and 2018 NCAA Final Four participant Loyola Chicago. Furman finished the season with a 25-8 overall record, 13-5 league mark and earned the school’s first trip to the National Invitation Tournament (NIT) since 1991.

Richey’s coaching career began at Charleston Southern in 2006, where he served on Barclay Radebaugh’s staff until 2011. He joined the Furman staff under Jeff Jackson in 2011, and was retained as an assistant coach under Niko Medved. He served in the role until 2017, when he was elevated to interim head coach after Medved accepted the head coaching position at Drake. 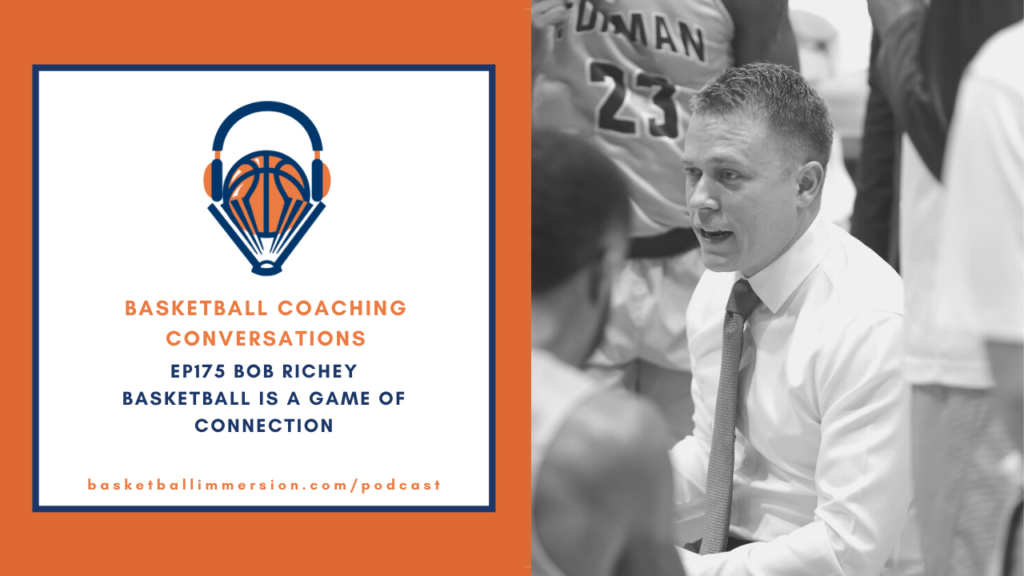 “We had to sit around and figure out, ‘How are we going to turn this? What are we going to do to create some type of uniqueness and a difference that will allow us to make a turn and get competitive?’ And it really was just to align with how can we develop people better, more efficiently . . and see if we could just develop at a faster rate, not just on the basketball court, but also off the court.”

“If you come to Furman, we want this to change your life . . We’re going to put you in a competitive basketball experience. We’re going to continue to build this to be an elite major program . . . but at the same time, we’re going to prepare you for four years, so that when you get your opportunity at what’s next, you’re going to flourish.”

“We’ve unfortunately turned this idea of development into what’s the perfect drill? . . That stuff doesn’t matter . . what matters is can you go in there with unbelievable focus and intentionality, and deliberateness and discipline . . all those characteristics are going to be part of personal development.”

“Our industry is currently evolving . . with 1800 transfers. We’ve yet to sit down and ask, ‘How does this factor into the development process?’ To me, development is time [and] intensity of focus. Now, the time component of this is getting cut down. How does this affect development?”

“It’s just at the end of the day, I’ve got to give them [the players] something that’s gonna make them want to stay . . That’s the unique piece: am I giving them value in their life?”

“We know some of the areas where we’re going to come in trailing. So now, we have to look at the other side and figure out, ‘Okay, can we invest in the person better than anybody in the country?’ And that’s usually what our aim is.”

“If you make that decision [to invest in the person], there’s some things you have to give up and some things that you have to stay true to because you have to stick to that identity. It can be a little bit uncomfortable because it’s a lot more comfortable to replicate . . what everybody else is doing. There’s discomfort in going out and saying we’re going to be unique and different. This is who we are. But, at the end of the day, what allows you to be successful is not the replication, it’s the development of your identity and sticking to it.”

“I think as coaches, we have to decide as we build a program, what are our values? What are the foundational elements? And then what are preferences? . . How I position our players and schemes I run, those are going to be preferences; how I see the game of basketball played in the connection [of] how five people have to work together in this game, in my opinion, that’s a value for our program.”

“Right now, we have four freshmen and we’re trying to convince them to cut, we’re having to be really patient with it. They’re going to get there but it’s not what we all want to do because, usually with a great cut, you’re giving up the opportunity to run to the ball, get a ball screen [and] put yourself in an isolation situation.”

“I don’t think belief and comfort really have a whole lot of relationship to each other. I think that if you do have strong belief and you do have conviction, you’re going to constantly be pushing the envelope to do things that have never been done before. And that’s what energizes me on a daily basis.”

“I tell our team a lot, ‘The greatest gift I can give you is the truth.’ . . But also, as a leader, . . I’ve got to invest in making sure this truth is received. Because me delivering truth in a manner that’s not received, at the end of the day, it does no good.”

“Two things that we say a lot: deep care [and] high standard; we never want one without the other. We want those two to run at the same time . . like a railroad track . . I want that deep care, I want to have a highly relational program . . but at the same time, we’re not substituting this for our standard.”

“I love the creativity of the game. And I love to go to practice and go to games and be surprised by action . . to watch film after the game and say, ‘Man, look at what we did here! Look at this read!’ I enjoy that a lot more than saying, ‘We found this ATO, and we ran it . . look, we got a shot off of it.’”

“You have to have an element of . . patience. Watch it [5-on-5], pick out certain things that you feel need to be addressed, but don’t address everything. Because what I don’t want my players doing is coming up to me saying, ‘Did I do the right thing?’ Did you make a play that’s inside of a concept that we worked on? Yes. Perfect. You did the right thing . . We can sit here on the freeze frame and say, ‘Well, maybe you should have done this,’ but I would rather the speed be faster . . than us to slow down to find the perfect answer.”

Bob Richey Links from the Podcast: