Turner became the only coach in UCI history to amass 200 wins. He has been named the Big West Coach of the Year four times in his career and has led the ‘Eaters to Big West regular season titles in five of the last eight seasons. On the national stage, Turner has been named a finalist for the Skip Prosser Man of the Year award in 2017 & 2020, and the Hugh Durham Award in 2019 & 2020. Bracketbusters.com also named him one of the Top-10 Big West Coaches of the Century.

UCI’s 2020-21 team was the second youngest in the country, and Turner led the Anteaters to a Big West Tournament final for the fourth-consecutive season. He is one of only seven coaches in Big West history to reach over 200 wins and currently ranks fifth all-time on the Big West career wins list.

In 2019-20, Turner led the Anteaters to their second-straight Big West regular season outright title, marking the first time in UCI history the ‘Eaters won back-to-back outright titles. UCI entered the Big West Tournament as the No. 1 seed before its cancelation.

In 2017-18, he guided the Anteaters to their sixth-straight winning season with an 18-17 overall record and second-straight Big West Tournament final. He upped his career win total to 157 becoming the third coach in UC Irvine history to eclipse 150 wins in a career. He was named Big West Conference Coach of the Year in 2017 after leading the Anteaters to their third regular-season league title in the last four years.

In 2016, Turner led UCI to a 28-10 record, which at the time, set school records for overall victories, non-conference wins (15), and road victories (13). In 2015, he led UCI to the program’s first NCAA Division I Tournament berth as the Anteaters won the Big West Conference Tournament for the first time in school history. UCI took three-time national champion Louisville to the wire in the NCAA Second round, falling 57-55. Turner was named 2014 Big West Conference Coach of the Year and NABC District 9 Coach of the Year after leading the Anteaters to their first league regular-season title in 12 years and a second consecutive 20-win season. 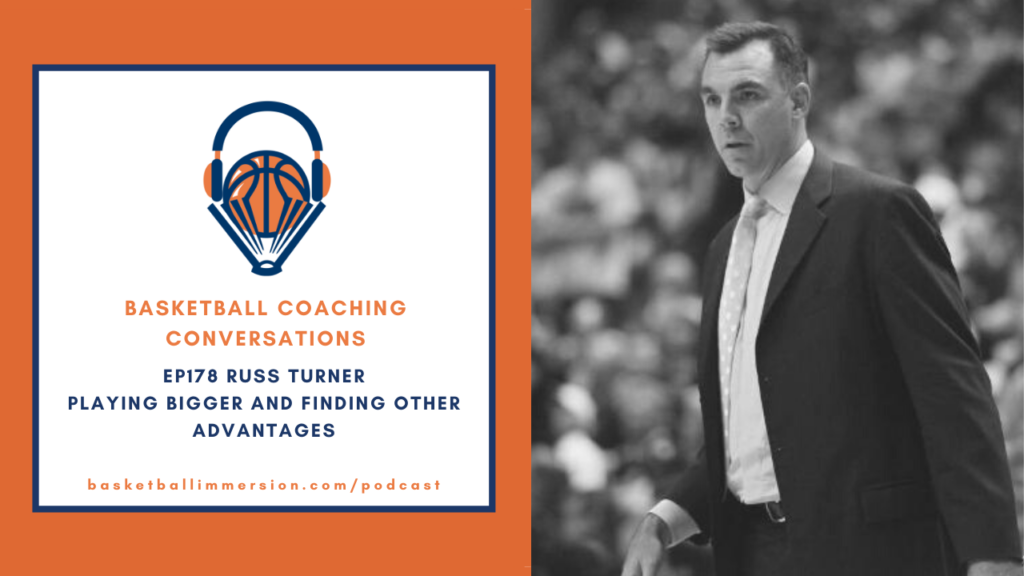 “What I like to share with my players . . is that those two guys [Steph Curry, Tim Duncan] were some of the best teammates I’ve ever seen.”

“We were one of the best field goal percentage defense teams . . we have an outstanding defensive efficiency because we protect the rim . . we do a really good job of making sure that teams against us don’t get easy points at the rim . . it’s critical for us to play without fouling. We don’t create many turnovers, but we do force teams to take uncomfortable shots.”

“Our centers have had great size . . So basically, our fours and fives are always charged with protecting the rim; the five protects the rim, the four protects the five, and then everybody else protects those two . . we really stress making the scoring area crowded, and then pushing away to shooters . . and we really put a high emphasis on contesting threes.”

“We are often asking our defenders to make sure that the creative playmakers for the other team are going to a place where they’re not as comfortable . . most teams are trying to get their best players in position to play to their strengths, or our whole preparation and emphasis is taking that away or making that more difficult.”

“We work really hard to understand where the game is likely to be decided late, and to make sure that our defense is locked into doing the things that we think will make us successful in those late possessions.”

“A lot of our defensive success comes from assigning and utilizing our best individual defenders against the guys who are most impactful on the other team’s offense.”

“How do you find the best matchups to put an immediate problem on the defense? And then how do you react to being able to create that? What that allows us to do is really focus on where we’re gonna go, what type of shot we’re gonna try to create or initiate, try to get to the next thing, and then it makes our guys pretty well connected to the importance of not turning the ball over.”

“Often, I think coaches make a mistake when they play their center against the other tallest guy. We almost always play our center against the least three point shooting guy, whatever position that guy may be in a given matchup . . I’m also really attentive to other matchups, that way, we’ll often use small defenders to get up under longer offensive players to make them uncomfortable. I’m not at all afraid of giving up post up height disadvantage because we always have somebody protecting the rim behind.”

“Nellie’s big thing was, when you get switches, you always attack with your small on their big. . what I really emphasize to our big guys is . . we want to rebound with those bigs. So when you get a small guy on you, roll them down to the rim and just kick ass on the offensive glass.”

Russell Turner Links from the Podcast: