Coach Strobl is currently the Head Coach in the German Bundesliga of the Giessen 46ers and has served as the Head Coach of the Basketball Löwen Braunschweig for two seasons as well as three seasons as an assistant coach for Ratiopharm Ulm.

Pete Strobl started The Scoring Factory in 2009 upon settling in Pittsburgh after a successful nine year career in the European professional leagues. He was a member of the Austrian National Basketball team and played in France, Austria, Germany, Iceland, Switzerland and Ireland where he also served as Player–Coach.

Prior to his professional playing career, Coach Strobl earned both Bachelor’s and Master’s degrees as a scholarship player at Niagara University, graduating in 2000. As a by-product of working through language barriers with international players of all ages and skill levels, Coach Strobl has developed a unique ability to break down shooting mechanics, footwork and ball skills. His tactical knowledge of the game and a work ethic developed through years of fierce competition combined with excellent communication skills make him a sought after clinician, speaker and personal coach. He is also the award winning author of Backspin: One Player’s Journey From the U.S. to Europe and Back Again. 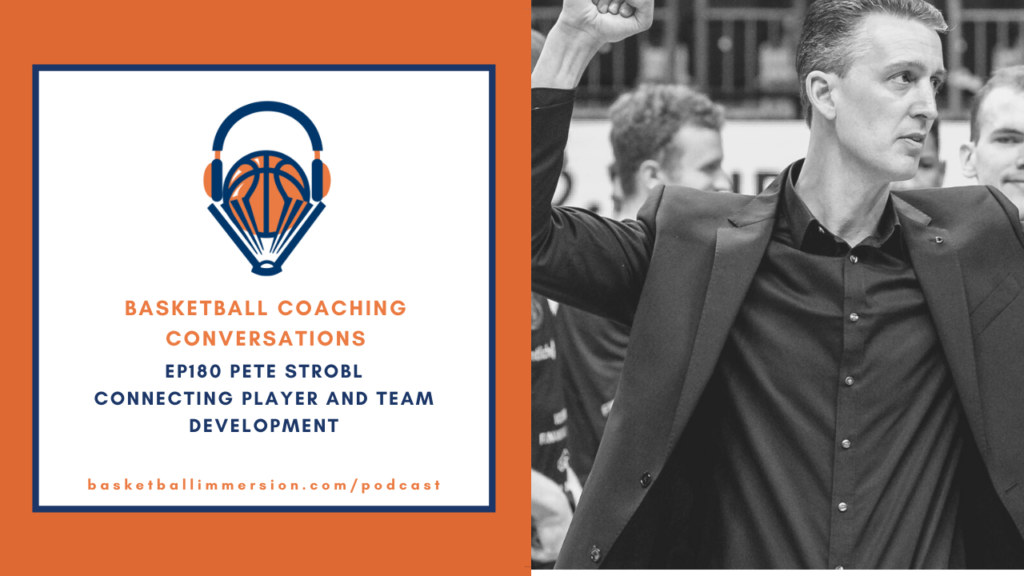 “In Europe, there’s a vastly different understanding of the value of player development . . through the American pair of eyes, we’re used to thinking of a season as this four to seven month thing, whereas in Europe, it’s 11 months. You have one month where the kids go to the beach or something like that. Otherwise, it’s always in season.”

“By making your players better individually, theoretically, you improve the entire team. By taking individuals and scientifically eradicating their weaknesses and helping them improve, not camouflaging but literally working on areas that they’re not very good at, I think you improve the overall team. And you’ll also improve their confidence.”

“It’s embarrassing that we don’t have a shot clock in [many places in] America . . in terms of decision making, just the clock alone increases the level of required awareness so much and it starts with 12-year-olds. It’s amazing when you look at the data.”

“I’ve experienced knowing what it feels like to play in different environments with different coaches . . seeing different tactical things. Playing with the Austrian national team gave me a huge head start and advantage just to open my mind from what I’d experienced previously as an American.”

“Something I say a lot in practice is make your mistakes Monday through Friday, so we don’t make them on Saturday or Sunday.”

“Basketball is a fun game. But we’re not robots. We want players to be artistic . . If we take away those chances and we put players at a young age in handcuffs, they’re never going to build the confidence or the skills to be able to [play] at a high level.”

“We all learn through trial-and-error . . if you never try, you’re not going to figure out the solution to the problem.”

“Defensively, that’s who I am. That’s who I want our teams to be. That’s how I want us to play . . The starting point for every game, for every possession, is the point guard guarding the other team’s point guard . . making sure that they realize this is not going to be easy. And it’s not about getting steals, it’s about putting pressure, it’s about making them work, it’s about being close enough to touch.”

“There’s got to be a touch [on defense]. It’s not a hit. It’s not an aggressive elbow . . I don’t want any fouls . . I just want to make sure that my players are where they’re supposed to be to play aggressive defense.”

“The players have to get used to not just game planning, but reading the flow of the game, feeling the game, making in-game adjustments. And that’s something you have to let them and encourage them to do.”

“I think the more that we can encourage players to study the game and watch full games, and talk about those games with teammates or other coaches, the better.”

Pete Strobl Links from the Podcast: