In this week’s coaching conversation, Drury University head coach Amy Eagan joins the Basketball Podcast to discuss how to make your opponent adjust to you.

Amy Eagan will enter her second season as the Drury Lady Panthers head coach in 2021-22 and her 13th year as a collegiate head coach.

Eagan was named head coach at Drury on April 13, 2020, after serving as an assistant coach for the Lady Panthers in 2019-20 under Molly Miller. While Eagan inherited a team that had gone 32-0 the year before, the squad graduated two All-Americans including the two-time NCAA-II Player of the Year, Hailey Diestelkamp.

She followed that season, working the challenges of a season clouded by the uncertainty of a global pandemic, with an NCAA-II Runner Up finish for the second time in program history. The won their fifth-straight Great Lakes Valley Conference championship, and finished 24-2. The team produced the NCAA-II Player of the Year for a third straight season as junior Paige Robinson was voted as the nation’s top player, and Eagan was named the national Coach of the Year in D-II by the Women’s Basketball Coaches Association.

The Lady Panthers also produced seven Academic All-GLVC performers, and won a GLVC Team Academic Award. Paige Robinson was named a CoSIDA Academic All-American, and was named the GLVC Student-Athlete of the Year in women’s basketball.

She will enter this season with a career record of 211-144 (.594). Eagan has been the head coach of teams that have reached three NCAA-II tournaments, one NAIA tournament, and have won three conference championships (two GLVC titles, 2021 with Drury, 2014 with Truman St., and a Midwest Classic title at St. Ambrose in 2007).

Eagan came to Drury after a successful tenure as the head coach at Truman State. In six seasons with the Bulldogs, she became the program’s all-time leader in career coaching wins and winning percentage posting a mark of 111-62 (.642). In her final season as head coach at Truman State in 2018-19, she led the Bulldogs to a 23-8 record, a 13-5 record in the GLVC, and an NCAA-II tournament appearance. It was the best finish in the program’s 46-year history. In 2014, Eagan guided Truman State to a GLVC championship as the team went 22-9, 12-6 in the league, and then took the Lady Panthers to overtime in the opening round of the NCAA-II tournament on Drury’s floor. 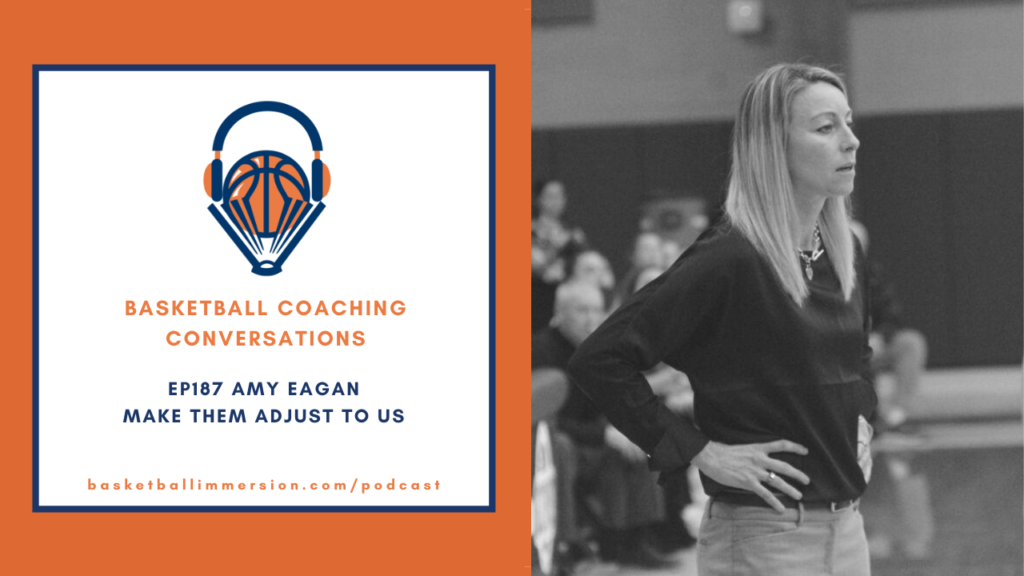 “I believe in forming relationships that lead past just me coaching them [players] . . We have a lot of honest conversations with them.”

“Not everybody comes in as an immediate impact kid, some kids are recruited [for] . . what we see you doing in the next couple of years in our program, [we’re] just not giving them any false expectations in the recruiting process.”

“I’m probably going to ask you, ’What do you feel like on our team or in our program you do well?’ ‘What can you bring on a day-to-day basis for us to be successful?’ And then at the end of it, this is what you need to continue to do and build on to get yourself into that next role.”

“If you can play in space with a pace and they can learn how to make reads, I think you can run almost anything.”

“We always tell our kids transition is our first offense whether it’s a make or a miss. Transition on misses is maybe a little bit easier because the defense is a little bit more behind you and trailing sometimes depending on where the rebound goes.”

“When you walk the ball up or bring the ball up the same side of the floor, it’s easy to get in denial, it’s easy to guard the ball. But if you can cross the nail, and create an advantage there and pass and then attack the closeout, I think it really helps [your offense].”

“Whenever you do some personal growth or some how-to days, sometimes it can make you, your assistants, and your team vulnerable. And I think that’s a good way to become closer when you talk about hard things.”

Amy Eagan Links from the Podcast: