Jeff Linder led the Pokes to a 14-11 overall record in his first season. The Pokes went 6-1 in non-conference play including a road win over an Elite Eight team in Oregon State. Wyoming won six total road games on the season for the most away from Laramie since the 2012-13 season. UW also had a winning record on the road since 2000-01 season.

Jeff Linder was previously an assistant coach at Emporia State, Midland, Weber State, San Francisco, and Boise State from 2001 to 2016.

Linder posted an impressive 80-50 (.615) record in four seasons at Northern Colorado. He was named the Big Sky Coach of the Year during the 2018-19 season leading the Bears to 15 conference wins for a program record. The Bears tied that record of 15 conference wins again in the 2019-20 season. Over the last three seasons, Linder led UNC to the most wins during a three-year stretch in program history, with 69 wins. The Bears also finished in the top-100 of the NCAA NET Rankings.

Prior to his time at Northern Colorado, Linder spent six seasons at Boise State with the last three years serving as associate head coach of the Broncos. Linder helped guide Boise State to two NCAA tournament appearances and the team’s first Mountain West Conference Championship during his tenure. 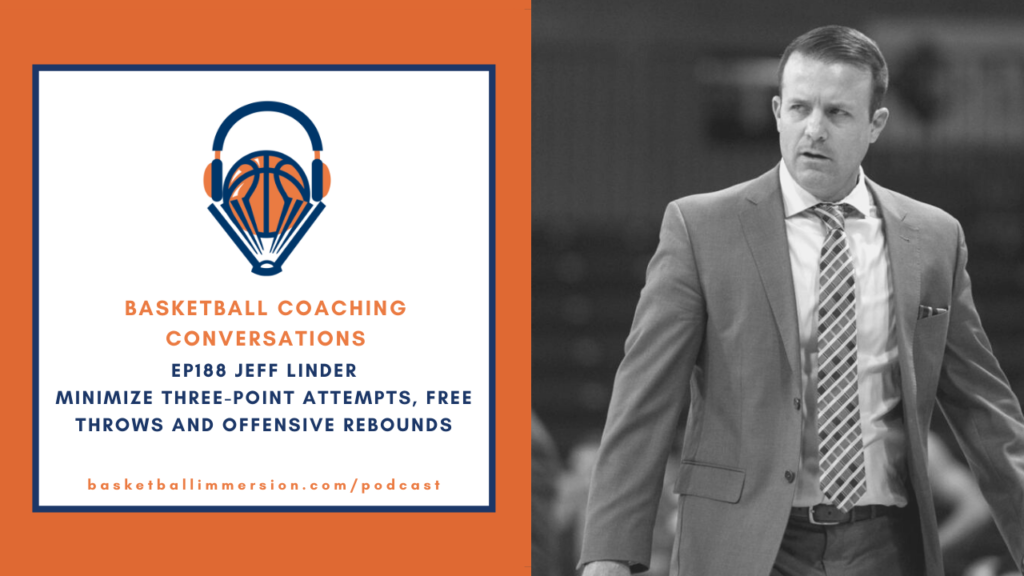 “It’s a huge advantage if you can minimize three attempts. And I think it’s also another reason to why we’re such a good road team is that we’re not letting the home team get momentum based off of threes.”

“A lot of what we do from an offensive standpoint also comes from what we do defensively.”

“We want to be elite in terms of our spacing; spacing is a probably the number one priority for us offensively. In order to teach that way, you have to play five-on-five.”

“Against the bad teams. You can score on the first action. But in order to beat the good teams and the really good teams, you have to find a way to flow to that second and third action without losing your rhythm or flow.”

“We don’t want to bring them [the players] in and show them 30 clips . . if we can get our point across within eight to 12 clips, based off of what we saw that previous day, I think it goes a long way.”

“The power of getting . . the ball below the free throw line down towards the block . . [is] the defense naturally on the back side pulls in and they lose vision. So now, if you’re really spacing behind the ball, that’s a way to create threes nowadays, when teams are so good taking them away from the strong side.”

“When you’re not the most athletic team, where you can just go chase the ball or just use your athleticism, you have to build those habits to be an elite defensive rebounding team.”

“For us that habit of every time a shot goes up . . we need to see on film a visual of you checking to see whether your man’s going or not to where that turns into, on the perimeter, a check and chase situation. Or if you’re near the basket a hit and get situation.”

“Another way [to use] video is the ability to take photos of video and say, ‘Okay, here’s three photos, tell me what’s wrong or what’s good?’ And it just gives them [the players] another way to figure it out.”

“From an offensive standpoint, we want to create as long as closeouts and rotations as possible. Conversely, from a defensive standpoint, I want to minimize rotations, and I want to minimize the length of the closeouts, knowing that . . the ability to guard the ball is one of the biggest things . . a lot of blow-bys happen because of the length of the close out.”

Jeff Linder Links from the Podcast: