In this week’s coaching conversation, Queen’s University head coach Bart Lundy joins the Basketball Podcast to discuss how to run bootcamps and to create margins.

Bart Lundy enters the ninth season of his second stint at Queens University of Charlotte, and his 14th year overall, as the winningest coach in Queens Basketball history. After leading his team to a sixth consecutive NCAA Tournament appearance in 2020-21, Lundy holds a record at Queens of 303-99 (.754 win pct.) and an overall coaching record of 399-186 (.682 win pct.) in 19 seasons as a head coach in NCAA Division I and Division II.

Lundy first took over the Queens program at the age of 25 after helping then-head coach Dale Layer as an assistant for two years. In his first stint as head coach (1998-2003), Lundy took the Royals to their first regional title and Elite Eight appearance in 2001 and followed the success with a trip to the national semifinals in 2003. Three times in the five-year span Lundy’s teams set the school record for wins in a season.

In his 11 years leading the Royals, Lundy has guided Queens to all four of its Elite Eight appearances, eight NCAA Tournament berths, five conference regular season titles, and two conference tournament titles. Lundy was also named Conference Carolinas Coach of the Year in 2000-2001, Southeast Region Coach of the Year in 2003, and has coached one National Player of the Year, three conference players of the year, 13 first-team all-conference selections, and all seven All-Americans in program history. Under Lundy’s direction, from Nov. 24, 2015 – Dec. 31, 2019, Queens spent 65 consecutive weeks ranked in the coaches’ poll (1,498 days), the longest such streak in program history.

Lundy returned to Queens after a one-year stint at The University of North Texas (2012-13), where he served as an assistant to first-year head coach Tony Benford and helped develop first-round NBA draft pick Tony Mitchell. Prior to North Texas, Lundy coached at Marquette University where he assisted head coach Buzz Williams for three years (2009-2012). In that time, Marquette made three consecutive NCAA Tournament appearances and two-straight Sweet 16 appearances with a roster that featured eight future NBA players including All-Star Jimmy Butler and Jae Crowder of the Miami Heat.

Marquette hired Lundy from High Point University where he served as head coach for six seasons from 2003-2009, taking over the program at the age of 31 making him the second-youngest Division I head coach in the country. His 96 wins are the most by a coach in High Point’s Division I history and the fifth most wins in Big South Conference history. He also established school records for conference wins, road wins and highest RPI ranking. 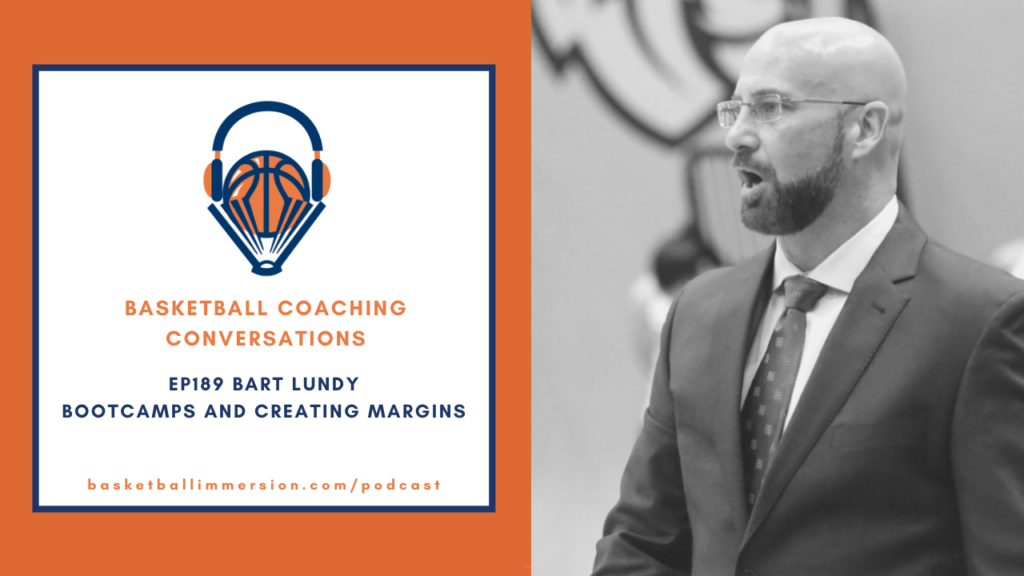 “Our preseason has less to do with basketball and more to do with learning about each other, helping each other learn.”

“There are tons of rewards in boot camp, I think people think boot camp and they think, ‘Oh, it’s a beat down.’ But really it is a rejoicing of what they [the players] can accomplish. It’s less pressure than it is reward.”

“When we start with the individual workouts that build us into boot camp, it is all basketball. It’s really just fundamental basketball, just a time and a score.”

“There’s discipline, and there’s great culture all around us. And I think our guys observe that and digest it.”

“Part of [bootcamp] is that you learn that you have more in your tank. And, because of the collaborative nature of it, it brings that out. You don’t want to let your teammates down.”

“We sit them down and we say. ‘Here’s why we do it . . you guys are learning how to work . . it’s going to be different than going with your trainer and a ball and going through some cones.’ And we tell them, ‘It’s up to you guys and your leadership on whether you embrace this or you don’t embrace this.’”

“We want to have margins, we think margins are really important. We have four categories. I think every coach has to decide what categories they want to try to create their margins. Our first margin is on the offensive glass, the offensive versus defensive glass.”

“We want to shoot threes, we want to attack the rim; we’ve got to create a system that is going to accomplish those goals.”

“We’ve had 28 guys in eight years sign professional contracts. We take a lot of pride in them moving on from here. We want to teach you to be the expert in your own game.”

“We have enough resources, we have enough high level folks around our university that we are going to give you everything that you need to develop as a player, as a student, as a man.”

“We put speakers in front of them about personal finance, about the pitfalls of being a college athlete. A lot of that goes into our preseason as well. We try to have at least a speaker a week to have some type of improvement.”

Bart Lundy Links from the Podcast: