In this week’s coaching conversation, Nebraska head coach Fred Hoiberg joins the Basketball Podcast to discuss insights from the NBA and NCAA that can help your coaching.

Fred Hoiberg brought a distinguished resume to Lincoln that includes four years as an NBA front office executive, four years as an NBA head coach and five years at Iowa State, where he orchestrated the biggest turnaround in Big 12 history in 2011-12 and guided the school to four straight NCAA Tournament appearances.

Following his 10-year NBA playing career, Hoiberg worked in the front office for the NBA’s Minnesota Timberwolves, serving as assistant general manager before being promoted to vice president of basketball operations. He left the Timberwolves to get into coaching, accepting the head job at Iowa State, his alma mater. Hoiberg led the Cyclones to four NCAA Tournament appearances and a pair of Big 12 Tournament championships in his five seasons at the school. His success in Ames led him back to the NBA as head coach of the Chicago Bulls, where he helped the Bulls to a playoff appearance in his second season.

Fred Hoiberg has experienced incredible success at the collegiate level. He won more games than any other player during his time as a Cyclone guard and then returned to post the top winning percentage of any coach in Iowa State history. He won four NCAA Tournament games at Iowa State – a program record – and developed four players who eventually became NBA Draft picks and four All-Americans in his five seasons.

Hoiberg has implemented his up-tempo attack in Lincoln, as Nebraska has led the Big Ten in tempo in each of his first two seasons, including 16th nationally in 2019-20. NU ranked in the top three in 3-pointers per game (third) and turnover margin (second) in conference play in his first season. The Huskers, which returned one letterwinner, posted Big Ten wins over both Purdue and Iowa. The 2020-21 season saw the Huskers climb to 40th nationally in defensive efficiency, despite a lineup which featured four new starters for most of Big Ten play. NU ranking second in school history with 8.44 3-pointers per game while facing a top-10 schedule for the second straight season. Dalano Banton became the 11th college player Hoiberg has put into the NBA, as he was a second-round pick by the Toronto Raptors in the 2021 NBA Draft after leading the Huskers in both assists and rebounds. 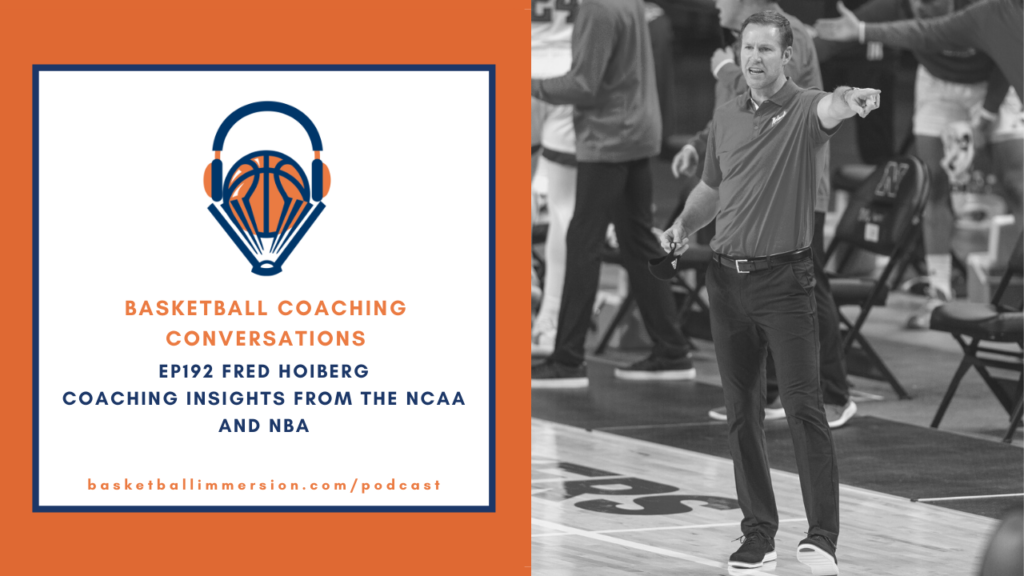 “I have changed the way that I look at things leading into games. You know, we aren’t going as long this year in our practices, we’re still going very intense.”

“We really wanted to implement a system that we felt could be successful over the long run . . we’ve always been one of the top pace teams going back to my days at Iowa State.”

“You can’t just say you’re going to play fast, you have to work on playing fast. You can’t just roll the ball out there and say we’re going to shoot it the first 10 seconds; it takes a lot of work to make sure you get the spacing right.”

“Early possession, early offense is really what we work on for about a month. And once we get that right, then we start adding to our system more of our set type actions.”

“I think our job as coaches is you have to figure out the skill set of your team and then try to put them in a position where they can be successful.”

“I think in that dunker spot it doesn’t matter what position you are. We put point guards in that position when we run an action to get a live pick and roll for our wing. We put them down in those areas and keep their spacing heels on the baseline. And that can create some good opportunities at the rim.”

“The traditional NBA [approach] was really keeping the ball on the side and icing the ball screen. It’s really gone more to pushing the ball into the screen as the bigs have become more skilled.”

“I relied on getting better from my high school coach. That’s an important part of it, those early years, and do you have a guy who’s going to teach you the game right.”

“The one thing that I wish would change a little bit [in AAU] is they would have more skill training and also physical development as part of their programs. There’s so many games . . when you’re playing that many games, it just takes away from your individual training of your skill, the fundamentals, and then the training to get stronger.”

“I’ve always tried to share as much as possible, I think that is one of the responsibilities is to help other coaches in this profession grow.”

“I think the biggest thing you have to have is honesty and transparency with your players. If you don’t, you’re going to have a lot of issues on your hands. We have individual meetings with all of our players talking about roles as we head into the season. You have to be clear, and concise on those to try not to not create confusion.”

“The thing I always appreciated is when my coach talked to me about what my role was. I may not have liked it, but I accepted it. And that’s all you can do, and then be ready when your name is called.”

Fred Hoiberg Links from the Podcast: