In this week’s coaching conversation, Murray State head coach Matt McMahon joins the Basketball Podcast to share his insights on in game coaching strategies and situations.

The 2021-22 season marks the seventh for Coach Matt McMahon to lead the Murray State men’s basketball program. Heading into the season, McMahon is the dean of coaches in the Ohio Valley Conference with six complete seasons. He was named the Racers’ 16th head coach on June 9, 2015. At the time, he was the third youngest rookie head coach in NCAA D-I. In 2020, McMahon joined a select group of Racer coaches to have three-consecutive 20-win seasons.

McMahon has been associated with some of the greats in MSU history both as an assistant and as head coach. In nine seasons at MSU (four as assistant for Steve Prohm and six as head coach), McMahon has coached an impressive group of All-Ohio Valley Conference performers including Isaiah Canaan, Donte Poole, Ivan Aska, Ed Daniel, Jarvis Williams, Cameron Payne, Jeffery Moss, Jonathan Stark, Terrell Miller, Shaq Buchanan, Darnell Cowart, Ja Morant, Tevin Brown and KJ Williams. Stark and Morant were the OVC Player of the Year winners and OVC Male Athlete of the Year selections in 2018 and 2019.

After his playing career, McMahon stayed on at Appalachian State as a student assistant men’s basketball coach under head coach Houston Fancher in 2000–01. He rejoined Peterson for a season as a graduate assistant coach at Tennessee before returning to Appalachian State in 2002 as a full-time assistant under Fancher. In 2010, he again joined Peterson, this time as an assistant at UNC-Wilmington before joining Steve Prohm’s staff at Murray State as assistant coach in 2011. 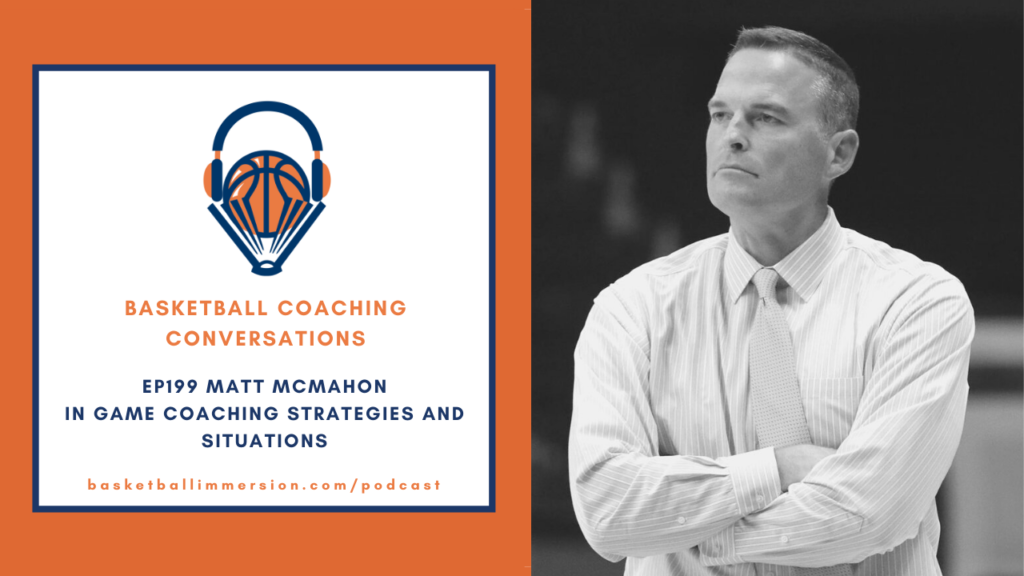 “I tell our assistants, the way we divide up about 10 scouts a piece for the year, I want them to be an expert on those teams. They should know those teams better than those teams know themselves.”

“We spend [a lot of time] as a staff really breaking down and simplifying what we want to deliver to the players. Because at the end of the day, it doesn’t matter what we know, it matters what our players can carry over from the scouting meetings and in the practices and carry over to the game floor.”

“I want there to be great communication, and chemistry amongst our assistant coaches. I think our guys do a great job. You get to these timeouts, you don’t have much time. So, I want them to hit me with one or two quick points. And then we take those into the timeout huddle and make the corrections that are necessary.”

“I want to give them [the players] the freedom to make plays and also to make suggestions on the court. But the second piece of that is they have to be all in; they have to be bought into the culture of our program. There has to be a trust between myself and that player.”

“Each player is assigned to a mentor coach. Each coach on my staff has two to three players in their mentor group. They meet weekly, they do one-on-one individual workouts with that coach, they cover academic, social, film study, every aspect of their life experience while they’re at Murray State. I want them to have those great relationships so we can help these players max out consistently on a day-to-day basis.”

“I always want us to be a team where our identity is that we’re tough, that we compete relentlessly, and that we’re very unselfish . . The core for me will always be what our culture is and what we build our program on and making sure those things are evident out there on the court.”

“I think the bench energy is really important in games, especially the first half when we’re on our defensive end. Our guys . . all use the same terminology here. They need to be communicating those things from the bench on the defensive end of the floor. I think that’s important. I want us to celebrate the good plays. . . I want guys who are engaged and invested in the team and what we’re trying to get accomplished out there.”

“There are three things I have to do. Number one, I have to provide simplicity. I want to simplify everything we do, terminology, systems, practices, and so forth. Then number two, I have to provide clarity. This is how it needs to be done. Very specific and to the point. And then the third thing is intentionality. [We’ve] got to be intentional in how we try to build these players and build our program. So I always try to come back to those three things: simplicity, clarity, intentionality.”

[On five core values] “It starts with hard work . . elite performance requires elite preparation. Number two is unselfishness. Do you make the people around you better? Number three, toughness, the ability to move on and focus on the next most important thing. Then four, accountability. Do your words and your actions match. . . our job is to create that kind of culture where if you say you want to be a pro, then your actions better back that up . . and then the fifth being joy.”

“That game wasn’t won at halftime, the game was won by the work these guys put in over the summer, the fall, the preseason . . the understanding of how we define toughness, and how we need to move forward.”

“[Communication means] knowing your players. You have certain guys where you can say whatever you want to them, they’re going to hear the message and move on. Other ones, if you don’t use the right terminology or the right tone of voice, you might lose them for two days.”

Matt McMahon Links from the Podcast: