Jeremy Shulman has built the Eastern Florida State College men’s basketball program into a national power, reaching the Elite Eight of the NJCAA National Championship Tournament in five of the past seven seasons. In 12 seasons, Shulman has posted over 275 wins and been to the national championship tournament five times, finishing second in 2016-17 and third in 2017-18. He has been his conference’s coach of the year eight times and the Titans have won their conference title nine straight years.

Turning around programs is nothing new for Coach Shulman. With more than a decade’s worth of experience as a highly motivated and respected AAU coach, Shulman also was instrumental in the resurgence of East Mississippi Community College. Capped by that program’s first NJCAA Tournament appearance and first-ever MACJC North Division regular-season title, Shulman played a major role in EMCC’s recent three-year composite record of 55-32. Following steady improvement in overall records of 11-14 in 2007-08 to 17-11 a year later, the East Mississippi men’s basketball program continued its emergence onto the national scene with a history-making 27-7 campaign in 2009. On the heels of semifinal-round state and regional tournament showings the year prior, the 2009-10 Lions punched the school’s first-ever ticket to the men’s national tournament in Kansas by capturing the NJCAA Region 23 Tournament title.

Shulman arrived on the EMCC campus in 2007 in the midst of a successful affiliation as head basketball coach and program director of the Tennessee-based Midstate Ballerz AAU basketball club. During the past 12 years, the Ballerz program, under Shulman’s direction, collected three national top-12 finishes, including a national fourth-place effort in 2005, and three state championships. Shulman posted 415 wins during his stretch as head coach and helped compile more than 800 victories for the program overall, including a program-record 43 wins in 2007. 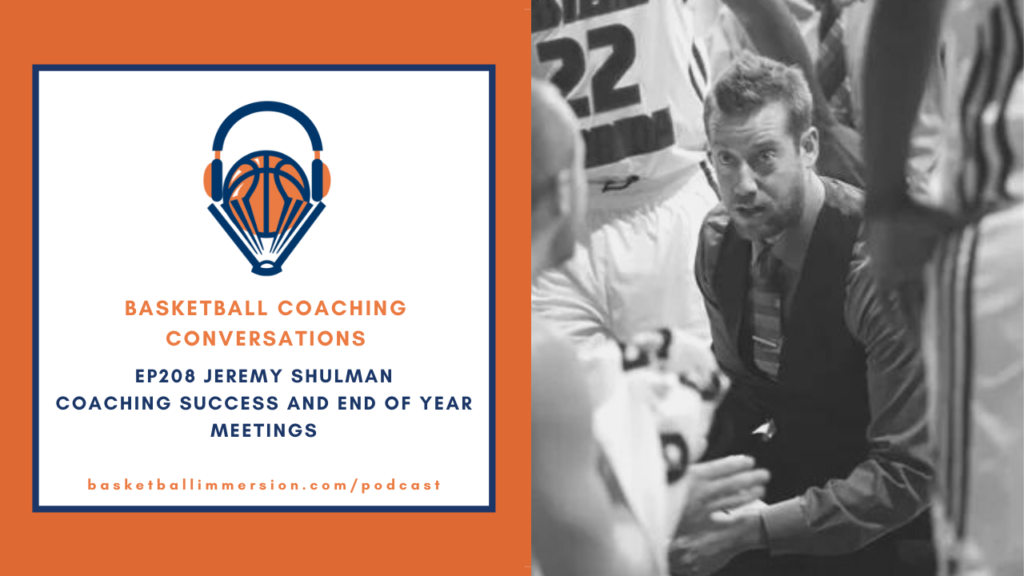 “Our best teams are full of guys that truly value where they are, and not where their feet are going to be in the future.”

“We try to preach being in present . . we do tons of individual meetings . . we talk about not comparing, because we do believe that comparison is the thief of joy. We do talk about being what your feet are trying to just live each day to its fullest and being in the present. And those are difficult things.”

“He [Giannis Antetokounmpo] talks about how he works daily towards being more mindful, to be more in the present, get the most out of every day . . We try help our guys with that daily. And that’s a hard thing to do not just as basketball players but as a human beings. It’s very hard not to reminisce too much on the past or be apprehensive of or looking forward too much on what’s going on in the future.”

“I’m a huge believer in what a college degree means and how it can change a lot of our guys’ lives. A lot of our guys would not have an opportunity to be in college if it wasn’t for athletics, and so we make sure that they understand that this is still just a stepping stone for the rest of their life.”

“The work is all done way before these meetings, the work is done in the relationships . . [and] in creating an environment where guys feel comfortable.”

“I get feedback . . from every source I possibly can. And that doesn’t mean everything’s weighted the exact same but I think all feedback is valuable. And it’s up to you, as a coach, to sort through that and figure out what makes sense, what sticks, what can be helpful.”

“Everyone wants to win the championship. So how do you work backwards into enough detail to actually accomplish it?”

“At the end of the day, there is a lot more to life than just basketball. And there’s going to be a whole life after your playing career is over, so we do talk about that.”

“I’m sitting there . . on the sideline, trying not to make a noise because I don’t want to disrupt practice . . it was the beauty in his [Dave Smart’s] simplicity. I think that’s one of the things that makes him so is he is great . . is the beauty in his simplicity . . It revolutionized us. It really did. And, very shortly after that . . we go to five straight trips to the national tournament. And I can really thank Coach Smart for a lot of that.”

“I think that’s such an important thing for all young coaches out there to learn from those that know more than you but don’t try to be them because you can’t . . try to figure out how you can use it with your own personality with your own teams, with your own system. And and then that’s the right mix.”

Jeremy Shulman Links from the Podcast: