Most recently the Associate Head Coach for Shaka Smart at the University of Texas, Yaklich helped the Longhorns to a third place Big XII finish and presumptive NCAA Tournament berth in 2019-20 (prior to this year’s tournament being canceled). Considered one of the top defensive minds in the game, Yaklich shaped a defense that ranked in the top 30 in the NCAA in scoring defense by allowing only 63.3 points per game.

Prior to his season in Austin, Yaklich served as an assistant coach for John Beilein at the University of Michigan. He helped lead the Wolverines to a pair of 30-win seasons, two Sweet 16 appearances, and the 2018 National Championship Game.

Prior to Michigan Yaklich spent four years as an assistant coach at Illinois State.. He helped guide Illinois State to an 86-50 record and three postseason berths — the 2015 and 2017 National Invitation Tournament and 2014 College Basketball Invitational. Before joining Illinois State, Yaklich worked as a high school head coach and teacher for 14 years. 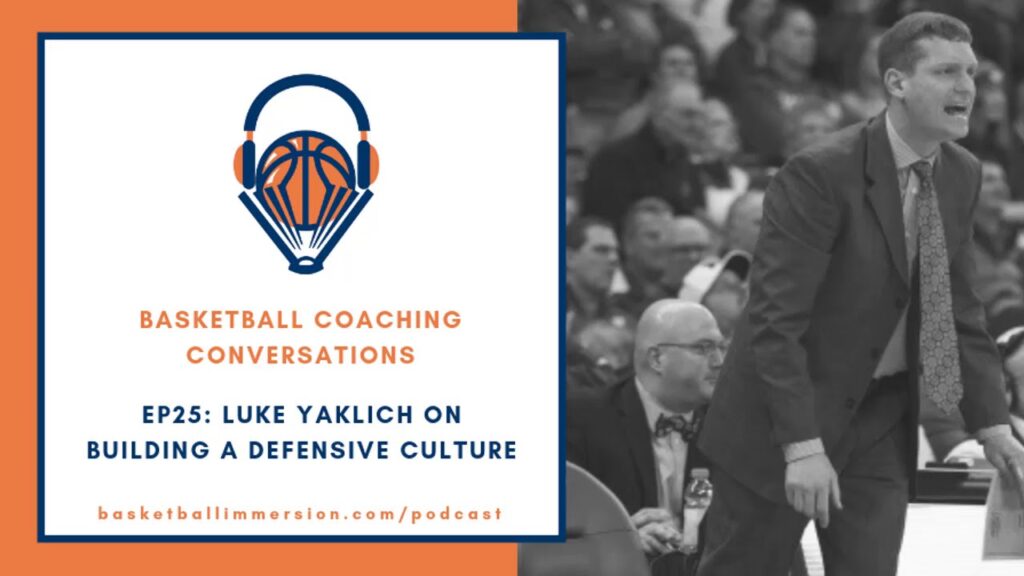 “One of the key things . . of my philosophy is . . try to be the coach and teacher that you would want your son or daughter to have.”

“You have to teach very efficiently . . what do they need most in the time that we have?”

“We really talk about the growth mindset and we live it each and every day.”

“The whole teaching of communication and talk on defense is one of things in coaching I think we let slide . . it’s really hard to teach it . . like anything, you get what you put up with.”

“One thing I would suggest to a lot of coaches is take all your defensive terminology and put it on one piece of paper and when you bring guys in just say, ‘Here’s a highlighter, highlight the terms you guys know . . and you could go down on the court and explain it to a sixth grader.”

“One of the things we’re experimenting with . . think about what it takes to get out of a drill . . put a number on the defensive side of it. When you have that accountability piece . . I think that transfers over [to a game].”

“There are some natural communicators on your team. A key part is to empower and reward those players for being great communicators.”

“If you view communication as a one percent thing . . one percent better every day, in a hundred days you’re a brand new player.”

“We talk about the weakest link . . don’t be that guy . . you can only be as good as your most silent defender.”

“It’s okay to have a weakness on defense . . just as long as you understand it and your team understands it.”

“The key thing is find out what you want to emphasize . . what’s good for your group? Pick the 3 or 4 things and, if you’re not statting it, I don’t think it matters to you and it won’t matter to your players.”

“Everybody talks about ‘positionless’ basketball . . on offense . . but on the other side of the ball, how valuable is a positionless defender? It’s another part of your defensive culture.”

“You have to know, in one sentence, what is the goal of your defense.”

“If you’re not emphasizing the rebound and how to rebound . . the first shot defense could be great . . I guarantee you most teams, if they’re any good, if they’re getting a second shot, it’s going in 60 to 70 percent of the time.”

“[On rebounding]: It can boil down to a mentality thing and a film study . . Sometimes the phrase is, ‘We don’t care if you get a rebound, don’t let your man get one.”

“It’s something we really emphasize . . when you go enter that lane, and you go for a rebound, it can’t be a one-handed tip, it’s got to be ‘you pursue with two.’ Two hands are going up for the basketball.”

“When you talk about the tone at the top . . our core values, our mission statement is lived out every day.

“You build your culture . . and you keep it right for a long period of time by constantly teaching, living, promoting, providing examples, demanding, . . how you want your program to be.”

“Could you sit down any one of your players . . and just say, ‘What are our core values?’ and then follow it up and say, ‘Give me an example of how we live them out.’”