In this week’s basketball coaching conversation, UMBC head coach Ryan Odom discusses offensive spacing and reaction. In a six-day span, In the 2017-18 season, Odom lead UMBC to an an America East Conference title and followed up by engineering the first victory for a No. 16 seed over a No. 1 seed in NCAA Men’s Basketball Tournament history.

In his first season in Logan, Odom led the Aggies to their fourth-straight NCAA postseason berth as USU hosted Oregon as an at-large seed in the opening round of the NIT. Odom’s 18 victories during the 2021-22 season marked the fourth-most by a first-year head coach in Utah State history. Under his tutelage, senior forwards Justin Bean and Brandon Horvath were each named all-Mountain West, earning second-team and third-team honors, respectively. Utah State’s offense ranked second in the league in scoring (73.4 ppg) and field goal percentage (.476), while leading the Mountain West and ranking fifth nationally in assists per game (18.0). The Aggies were also tops in the MW with an assist-to-turnover ratio of 1.44.

Odom came to Utah State after spending the past five years as the head coach at the University of Maryland, Baltimore County (UMBC), leading the Retrievers to a 97-60 (.573) record, including a 50-29 mark in the America East Conference. In the 2018 NCAA Tournament, UMBC became the first-ever 16-seed to win a first round game as it posted a 74-54 win against top overall seed Virginia.

In his five years at UMBC, Odom coached three of the top four win-producing teams in school history and set a program record by winning 20 or more games in three consecutive seasons, including a school-record 25 victories during the 2017-18 campaign. 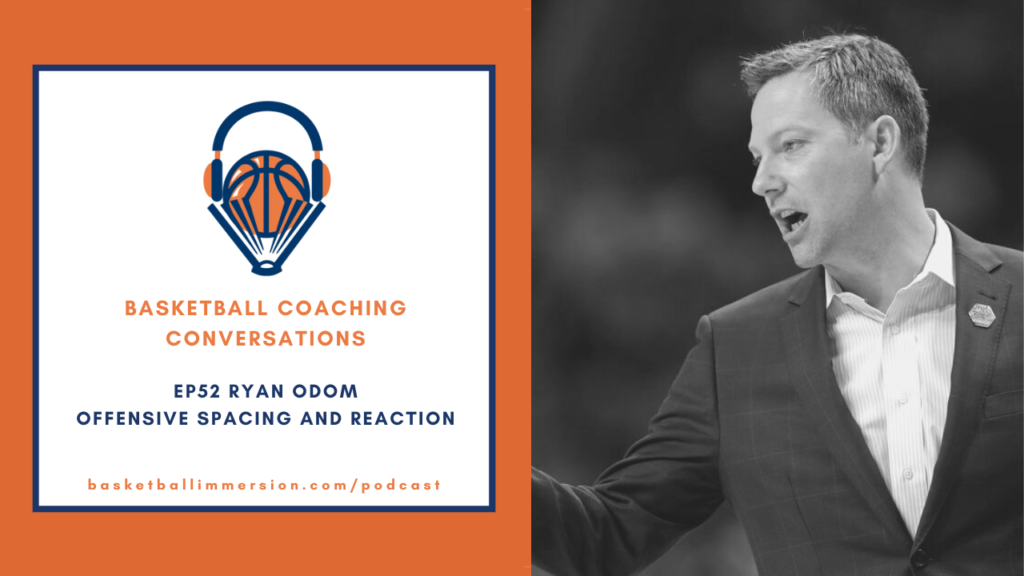 “My job as the coach is to help them not only continue to believe in themselves but challenge themselves to believe that they can do more.”

“Young guys come in with a definition of ‘I’m playing hard, Coach.’ Well . . you are for you, but not for us. So we’ve got to get you to that point.”

“My coaches believed in me and so I try to do that for my guys while holding them accountable.”

“You gain confidence through how hard you work, the things that you do, the attention to detail that it takes to be successful in games.”

“From an offensive perspective we try to get the other team in scramble as quickly as we can.”

“[Players] have to run . . every time whether you get the ball or not.”

“I try to make sure that our guys play well behind the 3-point line . . I want guys to be able to shoot from at least two feet behind the line and be shot ready.”

“I let them throw it ahead if they see something . . but I don’t want them just throwing it ahead and waiting on the ball to accept a ball screen. And they know the difference. I coach them on it.”

“We never want our ball to slow down. We call it ‘keeping it hot.’ . . We’re constantly working on driving the ball to the basket, stopping, pivoting, kicking . .”

“We have different actions we use when we throw it into the post and we’ll tell guys going into a specific game, ‘If and when we throw it in, this is what we’re doing.’ Obviously, if a guy has an advantage . . if he can catch and go finish, we want him to go do that.”

“A guy turns his head, that’s a great opportunity to cut . . If the [defensive] guy in the corner takes you on that cut . . it creates a little window to kick the ball out . . Teams that are more help-oriented are susceptible to that because they’re always in there helping a little bit more . . they’re not locking shooters.”

“We open practice every day with skill work opportunities . . our coaches will create situations our guys will see in a game or actions that we want to incorporate within our drive-and-kick offense.”

“It’s one thing to just say, ‘We just want to run motion, just move around and drive-and-kick in space’ but you have to give them some things you really want them to do.”

Masterclass on Penetration Reaction On Air to Live

Improve Your On Air Basketball Drills