Craig Pedersen  is a Canadian basketball coach and is one of the longest serving national basketball team coaches in the world. He has coached Iceland, one of Europe’s least populated countries, at the EuroBasket 2015 and EuroBasket 2017.

Previously Pederson was the head coach of Svendborg Rabbits from 2003 to 2015 and an assistant coach to the Danish men’s national basketball team from 2004 to 2009. In 2014, he was hired as the head coach of the Icelandic men’s national basketball team. Pedersen played professionally in Denmark from 1989 to 2003 with Horsens BC, Horsens IC and Skovbakken, winning the Danish championship in 1998. 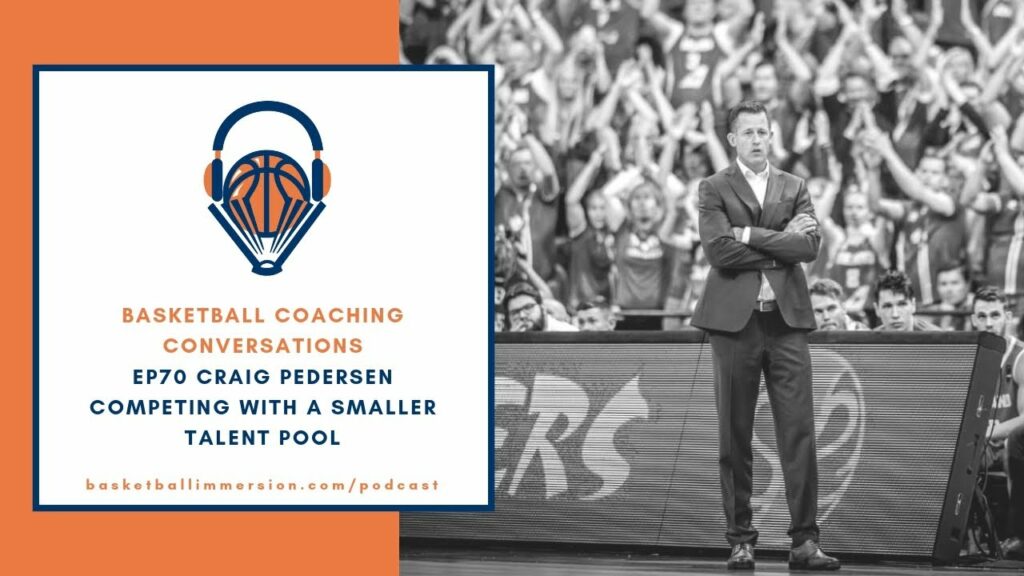 “When I first started the team was based on being undersized, switching stuff, doubling in the low post . . The real key to those teams . . was the chemistry.”

“Right away, we said we were going to move the ball through the 5 man because these big teams . . are probably not going to deny him . . we also added an offense that involved our guards posting up and playing out of the low post.”

“We knew that we would never find a player to match him [Chris Christofferson, 7’2”, 277 lbs.] so we had to find players that would give him problems.”

[On changing style with a bigger 5 man] “We want to try to keep our 5 man on the other team’s 5 man now so we don’t have to help as much.”

“Teams have gotten so good at punishing double teaming in the low post.”

[On the rise of Icelandic basketball] “The players are dedicated to getting better . . They spend a lot of time in the gym in the off-season, not just shooting but doing a lot of different skill work and understanding of the game.”

“Some of the things with regard to cutting . . we try to teach . . is the timing of the cut . . the change of pace in their cut but also just as important is when you cut you usually are going to suck in another defender and that other offensive player has got to react to that and move into that open space.”

“That’s something we try to emphasize . . that cut is going to open up someone else and it’s a very unselfish play.”

“I love looking at plays from other coaches and other teams, looking at them sometimes not to run them exactly . . but some kind of action to maybe fit into what we’re already doing.”

[Offensive actions vs. a big center] “A lot of teams . . use two 4 man shooters so they’re always picking and popping and keeping him out of the paint . . creating some confusion . . not just the typical roll [by the] 5 man.”