Brian Adams enters his second season as the head coach of the Agua Caliente Clippers after leading the team in 2018-19, to a 26-24 record. Under Adams’ leadership, rookie Angel Delgado was named G-League Rookie of the Year and earned All G-League honors along with his teammate Johnathan Motley. Prior to joining Agua Caliente, Adams spent four seasons as a coaching associate with the Clippers and previously held roles within the organization as the team’s Video Scouting Director and Head Video Coordinator.

Before coming to L.A., Adams worked for three seasons as an assistant coach at the collegiate level, spending the 2011-12 and 2012-13 seasons at Harvard, and the 2013-14 season at Marist College. In his first year in Cambridge, Adams was a part of the 2011-12 Crimson team that set a school record of 26 victories, leading Harvard to its second straight Ivy League title and earning them a berth in the NCAA Tournament for the first time since 1946.

Adams, who spent five years with the Celtics, was a member of the organization when Boston won the NBA title in 2008. After serving as a video intern for the Celtics in 2005-06, Adams was promoted to video coordinator and spent four seasons in that capacity with the franchise. 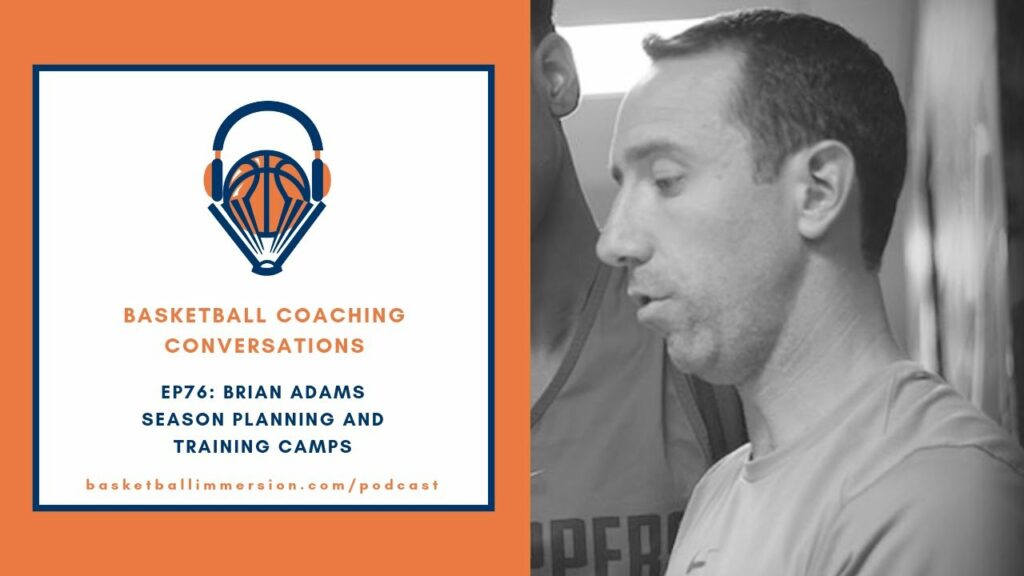 “It’s awesome to have a bunch of knowledge but teaching it to guys is a whole other ballgame.”

“I also go big into player development . . that is the biggest part of the G-League. It’s about figuring out how to get guys better and doing it within your system.”

“When you have a huge gap between games you, as a coach, you want to utilize all those days . . but with four days to practice going into a game . . the first practice of those four days, it might not be worth going full bore . . it may be more of a development day.”

“Guys will tell you they are in great shape but you won’t always know until you hit the floor.”

“At the end of the day, the goal of the G-League is to get out of the G-League. That’s not meant to be a diss . . They [players] want to get to the NBA, they want to showcase themselves.”

[On culture building] “Number one, respect. It’s how you treat people. . carry yourself so that you deserve respect . . Don’t do anything that’s disrespectful to yourself, your teammates or the organization.”

[On culture building] “The next piece is your standard . . your personal standard as far as how you want to go about your development as a person and a player. . .you have to set your bar pretty high . . so that even if the results aren’t necessarily showing . . you have that standard . . and keep working to it.”

“Defensive effort and defensive nuances . . you cannot be a role player and not be able to impact on the defensive end. That’s not saying you have to be a lock-down defender but . . knowing the schemes, one-on-one being able to stay in front of your guy . .”

“An area I really want to up this year is help defense – the ability to shrink and pack the paint . . The top eight defensive teams were all top eight in least amount of points allowed in the paint.”

“Guard your man and behind it we have to be in our shrink spots and we have to protect the paint.”

“With drops, it’s all about engaging the big. If you can engage that big, then the pocket pass or you’re reading the help and then the skip pass . . if the big never engages you’re just laying it in.”

“Depending where your team’s at . . maybe you do have to mix in a little more film pre-practice to nail home a point.”

“Your personnel is going to determine how you’re going to play after the play.”

“If you can figure out how you can impact winning, that’s going to be vital in your success.”