During the Croy era, the Lancers have gone to the NCAA Division II tournament every year, from 2014-18, and spent 59 weeks in the NABC Top-25 Poll. CBU has won PacWest regular season and conference tournament titles, including two first-place finishes in conference.

CBU’s finished its first Division I season with 16 wins in 2018-19, which is the most by a first-year NCAA Division I program that is considered an RPI counter during the four-year transition process. The team also became just the second first-year D-I program to qualify for postseason play by qualifying for and hosting the first round of the 2019 College Basketball Invitational.

Before St. Mary’s, Croy spent five years as the head coach at Citrus College in Glendora, Calif., along with current Lancer staff Coach Asprilla, Coach Dunaj and Coach Wellman. During his stint there, he quickly staked his claim as one of the state’s best junior college coaches compiling a 130-35 record, which included the program’s first-ever state championship in 2008. 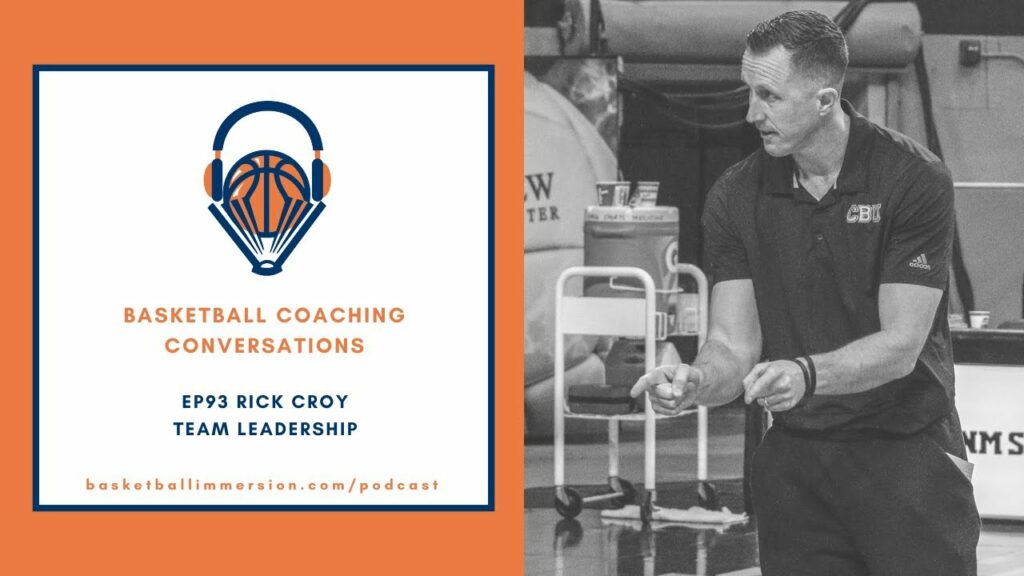 “Figure out what you can be great at and create separation.”

“You have to find, within yourself, what you think you can be great at and when you find that, that’s the area where you have to try to find some separation.”

“We put most of our energy into building our team and how we were going to go about it as a family, and the toughness in our locker room, our response when things are tough and that paid off for us and we were able to build a unique culture.”

“When you coach in a conference and you compete against programs a few times a year, you can kind of see areas that they’re trying to create separation.”

“You have so much more access to what other people are doing and as coaches we all . . bring our own insecurities to the table. And I think now with the access to information, sometimes those insecurities can become weaknesses because we . . don’t trust what we already know.”

“I think when your guys feel that belief, I think you have a much better chance to get by when you soar with your own strengths.”

“There’s all these areas that you want to keep trying to build upon . . and add things to your game but what can you remove? What do you need to discard? What’s holding you back?”

“We really focus on that when we’re watching film: how can we be more efficient defensively and . . offensively . . and really playing to your strengths.”

“That’s always the fascinating part when you watch NBA basketball . .the efficiency with which those guys are utilizing their skills.”

“No matter how well your team builds in the Fall . . the reality is, you’ve got to stay with it the whole year.”

“How do we go about getting ourselves in a good place so we can continue attacking?”

“If guys can trust that we’re trying to get the best out of everybody . . I think you’ve got a great chance to move forward with your team and eliminate some of that interference.”

“There’s a big difference between agreement and understanding . . there’s no possible way we’re going to agree on everything but the goal is we understand each other.”

“We also try to define basic things . . we try to define [being coachable] . . for us it’s eye contact, it’s verbal or physical assent . . then third is an honest effort to execute what you just asked them to do . . ultimately, the teams that excel are the ones that remain really, really coachable.”

“We believe in that stuff, just continuing to build clarity of culture.”

“When you’re forced to speak publicly, you go from being a critic to a leader.”

“We don’t want to focus so much on poise that we lose our moxie or our edge . . we try to identify in practice, ‘Are you blowing off steam or are you drawing attention to yourself and it’s actually becoming poisonous to our culture?’ . . It’s one of those things we’re trying to coach in the moment.”