In this week’s basketball coaching conversation, Union College head coach Kevin Burton joins the Basketball Podcast to discuss maximizing each possession of a basketball game. Coach Burton runs a system where the substitute throughout a game to treat each possession like the last possession in a game. The system, philosophy and grading system he uses to determine who plays in what situation are all discussed.

Kevin Burton enters in his eight season as head coach of the Union College men’s basketball program. Burton has led the Union program to new heights, winning the school’s and program’s first-ever NAIA national championship. The Bulldogs captured the 2017 NAIA Division II Men’s Basketball National Championship with a record of 35-3, ending the year on a 33-game win streak.

Kevin Burton spent seven seasons as the head men’s basketball coach at Lambuth (Tenn.) University before the institution closed due to financial issues. During his tenure with the Eagles, Burton compiled an overall record of 139-75, averaging just fewer than 20 wins per season. 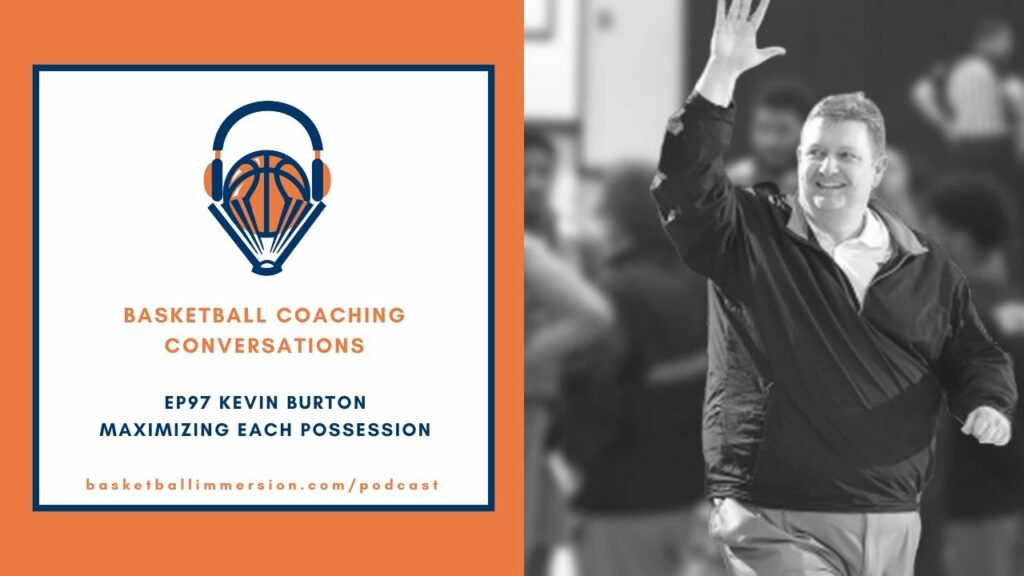 “I’m just simply thinking of trying to be successful on this upcoming possession because of how vital each possession in a game is.”

“We try to maximize each possession . . we want the correct people in the game for that particular scenario whatever it may be.”

“I started grading each possession in a certain way so that I could figure out who actually were the most productive players.”

“I go through each possession of the game and grade each player on that particular possession whether they helped or hurt the team. If it was an offensive possession . . did what you do help our score or did it hurt our ability to score.”

“Even though he went 1 for 11 and missed some easy shots that night, he walked off the floor knowing how well he played for us . . those are the types of things you enjoy as a coach – watching players grow in their overall understanding of the game.”

“Scoring is so celebrated, and it should be, but so should all the other . . factors . . the guy delivering the pass on time, the guy that set the screen . . “

“They [the players] know over time they’ve been graded really high in a certain area and they need to work on other areas [where] they’re not being graded so well.”

“We play people with fouls . . over the course of time, when that doesn’t work out well in a particular case . . people can maybe give you a hard time about that . . but that’s one of the factors that I can . . show that has been a big benefit for us.”

“We had multiple players with four fouls . . in the national championship and I continued to play them because, for that particular possession, they were the best player to be in the game . . we’ve seen over the years that we’re getting more possessions . . than if we were taking them out.”